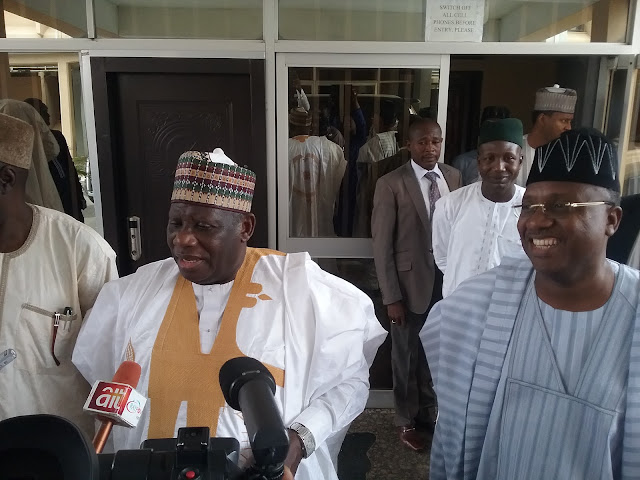 The  former Minister made the commendation when he visited Governor Muhammed Umar Jibrilla at his office at Government House Yola,

He stated that  he was overwhelmed with the  recent  changes across the state""What I saw was a remarkable development in Adamawa state, compared to my previous Visits before " he added.

He also  opted for peaceful coexistence and unity of One Nigeria and condemned for  those agitating separation of the  country  which  he described as selfish minded, stressing that Nigeria  is greater and above  any individual or group.

While  thanking the  former minister for his  visit, Governor Muhammed Jibrilla assured that the state  will witness more development during  his tenure.

Governor Jibrilla also  thanked the  people of  Adamawa state  for the support and  cooperation being given to his administration at all times.