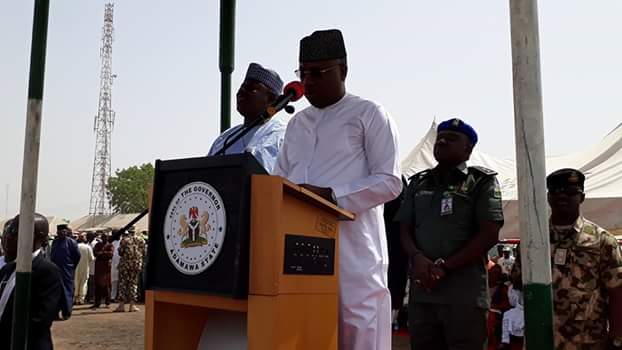 He said that the gesture is from UNICEF's  Eurpean Union-Maternal Newborn and Child Health & Nutrition.  (EU-MNCHN) projects and it is  because the State maintain a leading role of having the best PHC agency in the country.

According to the Executive Governor of the state, Umaru Jibrilla Bindow while receiving the equipment emphasized that his adminstration shifted attention to  Heath and Education sectors hence the reason of declaring the duo Ministries in a state of emergency.

Belel also revealed that six trucks of the equipments  out of seventy donated were received the remaining trucks will be brought by the Donor Agency at a later date.

It is on record Belel resumption into office to oversee the affairs of the PHCDA in 2010 notable achievements has been recorded.