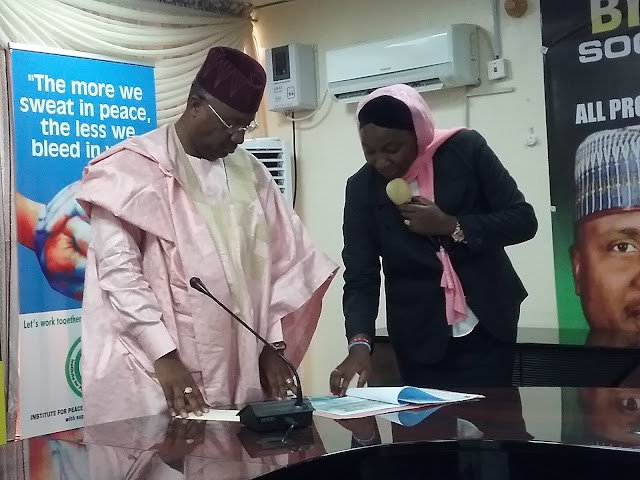 Governor Muhammed Umar Jibrilla  says his administration is committed to bringing development to the electorates of Adamawa state  at the  grassroots.

He stated this when he granted in audience the Members of the International Federation of Women Lawyers  (FIDA ) who paid him a courtesy visit at Government House Yola recently.

Governor Muhammed Jibrilla said Transparency, Prudence and Accountability is the cardinals principles of his government, pointing out that his Administration is  a team work""We are Running this government as an institution, and urged  FIDA to assist the  government  with legal advises in the areas of Justice and Fairness in order to serve the people of Adamawa state  better.

He promised to  assist FIDA with logistics and office accommodation so as the association perform effectively.

Earlier in her speech , the Adamawa state Chairperson of the International Federation of Women Lawyers Barrister Halima AbdurRahman Shuaibu said members of the  association were at Government House to appreciate the Transformational agenda of Governor Muhammed Jibrilla in infrastructure  despite the economic downturn faced by the government.

Barrister Halima explained that the  primary objectives of the FIDA  is to defend the less previlage especially Women, Children and Orphans  in the  society.

The  FIDA  Chairperson  also solicited for the support of the state  government  by completing FIDA  Secretariat like  it's counterparts in other states of the Federation. 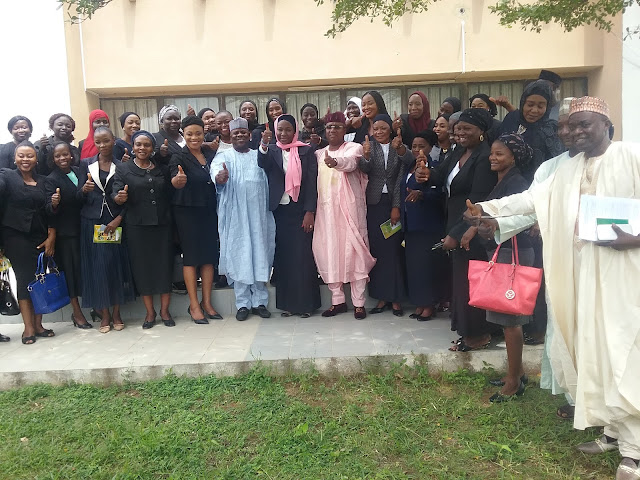 She also  appealed to the  Governor to  assist members of the  association to attend FIDA International conference coming up in BAHAMAS in November 2017.

Barrister Halima AbdurRahman Shuaibu  however presented a proposed building plan of the FIDA  Secretariat to Governor Muhammed Jibrilla for  consideration.