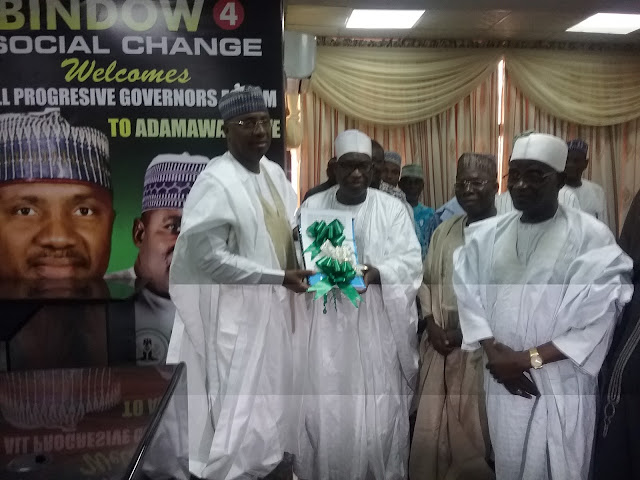 About  One Thousand, One Hundred and  Six Ghost  Pensioners  have been  Detected by the Committee on  Pension  Verification  in Adamawa state.

The  Chairman of the committee Alhaji  Ahmadu  Njidda  Sorou  who disclosed this to Governor Muhammed Umar Jibrilla  and members of the state executive council  while submitting  an Interim report to the  Governor  recently.

Alhaji  Ahmadu  Njidda  revealed that the  committee discovered some Pensioner's entitlements  were over calculated  while others were under calculated, stressing that all the anomalies were identified and Rectified  accordingly.

He also explained that the  total number of Pensioners  verified as beneficiaries entitled  for Gratuity claims both Life,Deceased  and  Permanent Secretaries are 5,041 before the  Verification  exercise.

The  committee also looked into the  payment of pension arrears  inherited amounting  to 181,504,056.69  which was reduced to 137,086,982.69  after the verification, adding that the  verification revealed  alot of irregularities which  the committee  identified  and Rectified.

According to the Chairman, the committee  also suggested that there is the need for government  to formulate and implement the contribution Pension scheme  to  remove the  burden of pension matters which is solely rest on government as well as  to  establish a  Data Information  System (DIS) to maintain records .

He however called  for a  review of  pension allowances for  all categories of civil servants as stipulated in the  pension Act. of 1979 which  states that at the end of every  Five Years Pension allowances be reviewed  whether or not Salaries are increased.

While  receiving the  report, Governor Muhammed Umar Jibrilla  commended members of the committee for a job well done and  maintained  that Transparency and Accountability is the cardinals principles of his administration.

The Governor also said that government will  study the recommendations of the  report carefully and  Implements it for the overall development of Adamawa state.