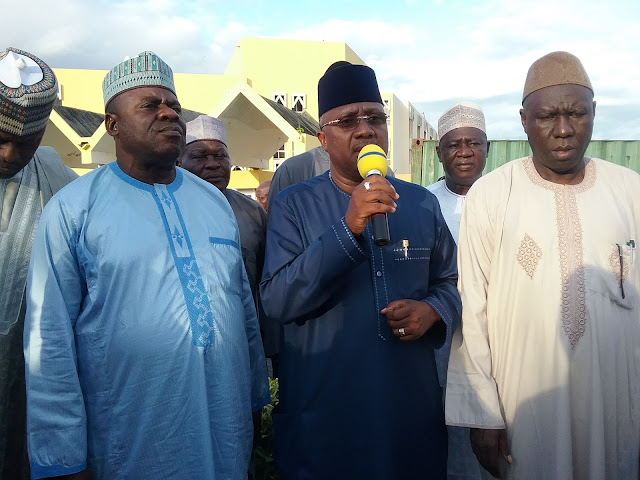 Governor Muhammed Umar Jibrilla  says the completion of  Yola International Hotel  by the present administration  is necessary  in view of its importance to socio-economic development of Adamawa state.

The Governor stated this when he led members of the State Executive Council to ascertain the level of work being carried out on the  renovation of the  multi Million Naira  project  abandoned  by the successive administrations.

Governor Muhammed Jibrilla announced that the  multi Million Naira  abandoned  project  which  was on renovation  for over Ten years  would be completed  very soon ,explaining that a Task force committee would  also be  inaugurated to  monitor the  speedy work  of the project. 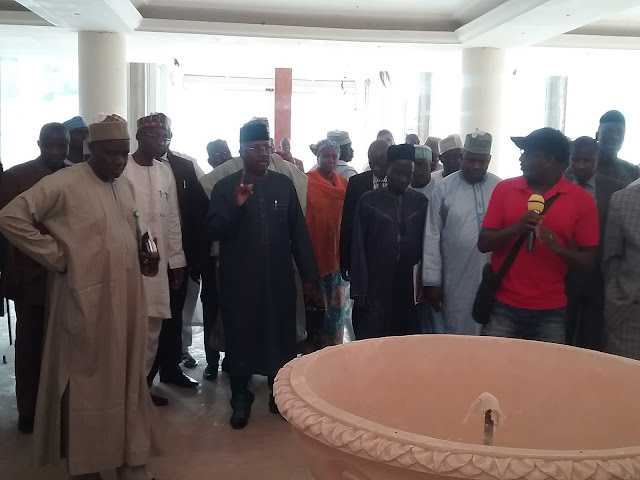 He also  revealed that so far,  about  Two Hundred Million Naira has been  expended on the project  since the  assumption  of his administration.

The Governor also assured  the constructing  firm Amrita Holdings Limited  that government  would  do everything possible to ensure that the  renovation work was completed  according to the specifications.

He also  highlighted  some of the remarkable achievements recorded by his government in the last Two years while in office which includes the provision of Road  infrastructure, Declaration of State of emergency on Education and Health sectors, provision of  Agricultural impliments, maintaining  of peace and security, among others.

The Governor however called on the people of Adamawa state to continue to support the present government in order to move the state forward.