Home » Special Report » SPECIAL REPORT:Highlights of the Gender Technical Adviser's Remarks at the Development of SAP on UNSCR 1325 for the State

SPECIAL REPORT:Highlights of the Gender Technical Adviser's Remarks at the Development of SAP on UNSCR 1325 for the State 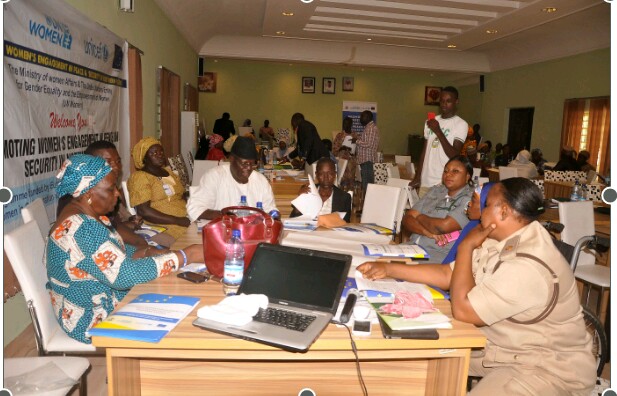 Speaking Earlier, Dr Titus Orngu, GTA UN WOMEN Adamawa disclosed that the development of the State Action Plan (SAP) was one of the activities on the Women European Union funded, Programme, “Promoting Women Engagement in Peace and Security in Northern Nigeria”, and implemented by UN Women , in partnership with the Federal Government of Nigeria and Adamawa, Plateau and Gombe. 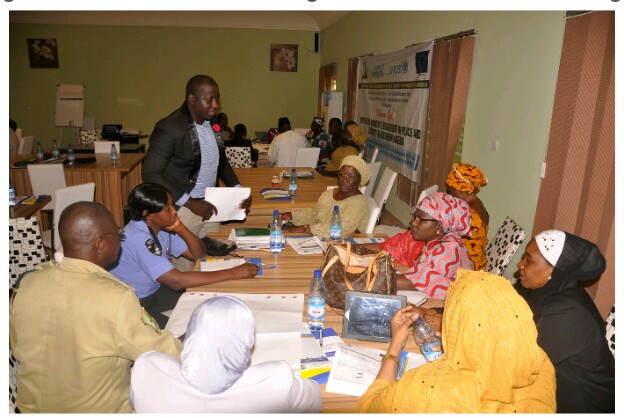 The GTA reiterated that, ongoing validation of the SAP, was also going on in Gombe and Plateau, and that it would be to the credit of Adamawa if stakeholders validated, adopted and Launched the document before any other state in Northern Nigeria. According to him, “the SAP on United Nations Security Council Resolution (UNSCR) 1325, will provide the road map for the inclusion and participation of women in peace and security, and in all levels of post-conflict reconstruction at all levels”.

He also mentioned that, the journey for the development of the Adamawa SAP began with a Stakeholders Meeting 3rd – 4th July, 2017, when stakeholders met to make meaningful contributions and suggestions on the contents of the SAP, and a Consultant developed the document with the inputs. Thereafter, a Peer Review Meeting was held in order to review the SAP. He also mentioned that thereafter, it became imperative for stakeholders to review, validate and adopt the document – the reason for the meeting on 26th October, 2017”