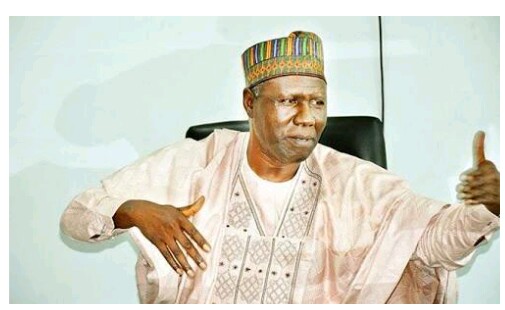 A forum was organized by Adamawa State Ministry of Information in collaboration with British Council. It was held at School of Nursing and Midwifery, Yola on Monday, 18 2017 with a theme Adamawa State Dialogue Forum.
The objectives of the forum is to bring together stakeholders to examine possible challenges that can trigger violence, proffer solutions, build sustainable peace architecture, and produce a working document that can be use to prevent and  manage conflicts, these was contained in a welcome address by Comrade Ahmed Sajo.

In his opening remarks, Prof. Muhammed Tabiu of  The  British Council, said “British Council is supporting efforts the of Government and communities in the North Eastern part of Nigeria to reduce violence”,  he further said that, British Council has a programme that aimed to enhance the capability of institutions and actors at state and  local levels to manage conflicts better  in order to reduce  the incidence  and impact of violence. He stated that the programme if fully implemented will deliver the following outputs:-
Conflict management
Reconciliation
Women empowerment
Reintegration
Research

Pro. Tabiu said,  the programme is designed to involved the following partnerships:-
It will work with a wide range  of state and non state institutions, notably states and local governments, traditional and religious authorities, formal and voluntary security agencies, women and Youths associations, NGOs and other development programmes, the statement read.A key objective of the partnerships will be  to ensure  coordination  and building  synergies  among agencies  and actors supporting  peace  building and reconstruction in the region.
It will work in close collaboration  and partnership  with other programmes  funded by Emergency  Trust  Fund  for Africa  as well as  with British Council projects   and activity in the North east. Some of the key services  of the programme highlighted  are:-
Providing technical assistance
Financial assistance
Knowledge and information
Small grants
Dr. Augustine Bamayi representing the Secretary to the State Government, SSG stated that “All forms of development need peace”, he highlighted core benefits of peace to include among others:-
It allow for political stability
It allow for economic stability
Social harmony

Dr. Bamayi said that “ Adamawa chooses to prevent conflicts rather than resolving”. He identified among others the possible causes of conflicts and crisis, these includes:-
Hate speeches
Vandalization  of infrastructures
Farmers / herdsmen clashes
Community clashes etc.


Dr.  Bamayi said that the office of the secretary to the state government, SSG is working on a security architecture for Adamawa state. He hinted that the new security architecture is designed to involve traditional, religion and  political leadership in Adamawa State. It will also collaborate with the existing security agencies. He further said that contacts and addresses of  traditional, religion and  political leaderships have been collected and compiled and will soon be available to the general public to enhance communication and prompt actions, arrangements are also on top gear to facilitate tokens that will assist them discharge their expected roles in the new security architecture.
He  also appeal  to the  European Union, EU to  assist in funding  the facilitation of the designed programme.

Dr. Bamayi assures the British Council, that Adamawa state government is committed to programmes  that will  facilitate  peace, “ as a government, we are totally committed  to supporting  the commission of enquiries, we  will ensure the full implementation  of the recommendations  of the commission of enquiries set up to probe   the Numan crisis, this will go a long way in restoring public confidence”. He further added that members of the commission are men of integrity.
Dr. Jude Momodu of  Modibbo Adama university of Technology, Yola  in his paper presented at the forum, titled “ The need for peaceful co-existence among communities in Adamawa state” outlined challenges to peaceful co-existence, these include but not limited to:-
Perceived marginalization from the share of government resources
Elites use their constituencies to heighten tensions.
Lack of economic opportunities, joblessness  among youths
In efficient government at the local levels
Shrinking environmental resources which causes movements of farmers and herdsmen.
Drugs abuse
Massive illiteracy among youths
Poverty
Porous  and in secured borders
Proliferation of small arms
Speaking in the same vein, the Attorney General and commissioner for justice of the Adamawa added that:-
High cost of accessing legal services
Limited access to legal aids due to low number of litigants/lawyers ratio
Delays in the dispensation of justice
are some of the challenges to effective justice delivery which  could trigger violence  in societies.

He further said that “ in as much as there is no justice, there would be no peace”. This is  because justice and peace goes together.
He hinted that,  revolutionary changes were made  by the Administration  of Criminal  Justice System in Nigeria  at the federal level, Adamawa state is making moves to  domesticate the law.
Speaking during the interactive session at the forum, State secretary Miyetti Allah stated that blockage of grazing routes by farmers, night grazing and grazing by small children are the major causes of farmers/herdsmen clashes over the years. He said that ranching will held to reduce the frequency of the conflicts.
In his contribution, Secretary Muslim Council identified that, undue silence on previous  recommendations by commission of enquiries and lack of tangible and visible punishments to perpetrators of crimes are among the contributing factors causing continues violence in our societies.
Dr. Momodu stated that  the following can  help in building community resilience in Adamawa:-
Good neighborliness
Living in peace
Respect one another
Religion tolerance
Equity and equality (social justice)
Dialogue.

He suggested ways of  preventing conflicts in our societies, these are:-
Government should go extra mile to create more economic opportunities
Parliament should create laws  to promote  good governance, carryout oversight functions to MDAs  as and when due, ensures resources are used judiciously.
Parliament should legislate to  give more powers  to traditional authorities
Judiciary should ensure efficient administration of justice
Traditional authorities should sensitize their  subjects about the importance of peaceful co-existence
Youths should also be engage in productive ventures
Women should ensure  that characters of their children  are well molded, they should be vanguard of peace in all communities
Religion leaders should educate their members  to upheld peace
Religious leaders should  also promote the understanding of tolerance
Religion leaders should also teach members to be resourceful and law abiding citizens
Counter religion extremism
Most speakers at the forum upheld Adamawa  state government for organizing such a forum and urge Local governments chairmen to replicate same in their localities.
Comrade Ahmed Sajo, in his closing remarks, said  because  of the importance  manifested from the dialogue,  the forum  will be extended  to all the 21 LGAs of the state. Sajo also appeal to the British Council to give more support  to the programme  and he assured participants  on the state governments’ commitment, “we will continue with this dialogue, government  will do everything  to avert conflicts” said  Sajoh .

He also assured participants that details of activities that took place will be put together in form of a report/communiqué and will be  forwarded to the governor.
In his vote of thanks, Ibrahim Buba, chairman organizing committee of the forum expresses his appreciation  to participants, particularly the British Council, the resource persons, traditional fathers, religion bodies, cultural associations, members of organizing committee and wish all  safe journey back home.