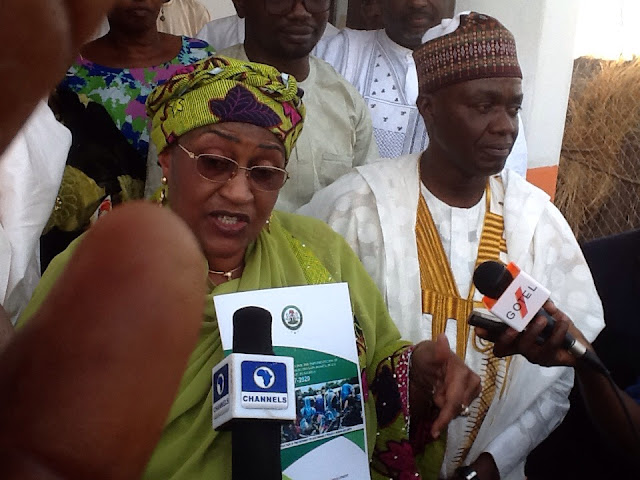 The Minister of Women Affairs and Social Development, Aisha Al-Hassan, has launched the 2017 to 2020 State Action Plan on UNSCR 1325 on Women Peace and Security in Nigeria. She recognized women in North East to play  pivotal role  in conflict management, conflict resolution and sustainable peace.

Alhassan made her speach specifically on women protection on Friday  in Yola, the Adamawa state capital, at the launch and dissemination of the revised State Action Plan for the Implementation of the United Nation Security Council Resolution, UNSCR 1325, on Women, Peace and Security in Nigeria.

More so,  she explained that UNSCR 1325 is the first official and lawful global document to acknowledge the lopsided and heavier toll that war and conflict have on women and girls in Nigeria, it also recognize women as intrinsic value to any meaningful security  and peace processes.

“UNSCR 1325 addresses not only the inordinate impact of war on women, but also the pivotal role women should and do play in conflict management, conflict resolution and sustainable peace”.

“This ground breaking resolution requires all parties in armed conflict to protect women and promote their participation in peace negotiations and post-conflict reconstruction” She stated.

The minister further stated that the Federal Government through the Federal Ministry of Women Affairs acknowledges that women and girls are affected in situation of crisis and armed conflict, and recognizes that their participation at all levels of prevention, reconstruction, as well as peacekeeping is essential to achieving sustained peace and security.

“In Resolution 1325, the UN Security Council call upon Government' and other parties to take steps towards the implantation of the eighteen actions outlined in the resolution concerning women’s participation, protection, prevention, relief and recovery in conflict and post conflict setting around the world”.

“Plans are underway to ensure that the NAP is translated into Four indigenous languages and simplified to enable a wide coverage and stakeholder’s participation”, Al Hassan confirmed.

Speaking Earlier, Miss. Njeri karuru UN WOMEN Project Manager disclosed that the launch of the SAP is ongoing in other states, as it is a nationwide project. In addition, as of August 2017, 67 countries have adopted a National Action Plan on the implementation of UNSCR 1325 on women peace and security. It is heartening to see that in Nigeria through the Federal Ministry of Women Affairs and Social Development has gone further to update and also the inaugural launch of the HeForShe global solidarity movement in Nigeria was held on 23 May 2017 officiated by the Acting President , His Excellency, Professor Yemi Osinbajo, at the international Confrence Center, Abuja. We witness Adamawa state being the third state to fully embrace the global HeForShe movement in Nigeria.

According to her, the NAP UNSCR 1325, provides the road map for the inclusion and participation of women in peace and security at all levels.

“The nap document touches the lives of all women in Nigeria, it is vital to the participation of women in peace building and post conflict reconstruction”                            She therefore called upon Nigerians to pay attention, for successful launch, effective dissemination and implementation of NAP/SAP in each state of the country. 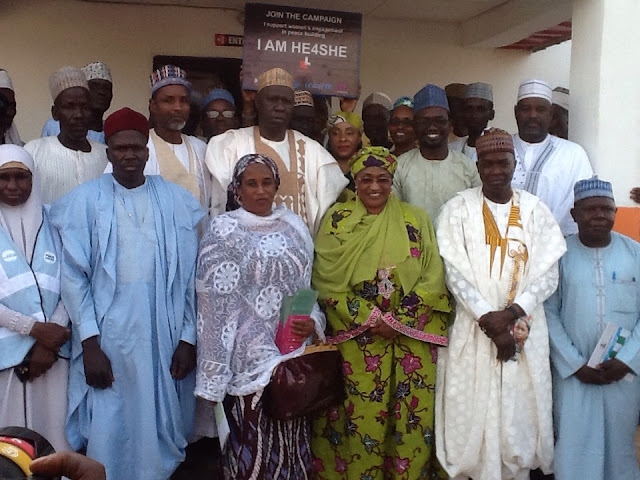