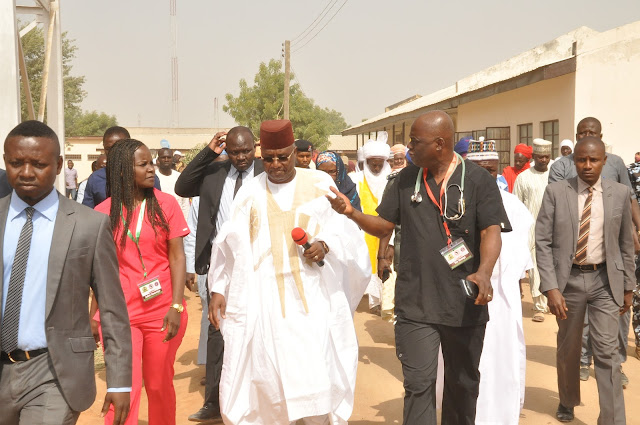 Hundreds of people from the five Local Government Areas of the Northern part of Adamawa State have gathered to access free medical care at the Mubi General hospital.

The five days free medical care, which was made possible by Presidential Committee on North-East Initiative in collaboration with Pro-Health International for Africa and the Adamawa state government, has eighty two medical doctors and pharmacists attending to patients.

Speaking to journalists after going round to see for himself health service been rendered by the medical personnel, Governor Muhammad Umaru Jibrilla explained that the gesture is the effort of the Federal government, that has done well in improving security in the North East.

While  describing the zone as most vulnerable considering devastation by insurgents Governor Jibrilla assured that the team of Doctors will also offer same medical services to the Central and Southern zones of the state.

The Governor also  stressed that the effort will also compliment state of emergency declared in the health sector, and appealed to the Doctors to add more days to enable more people to be attended to. 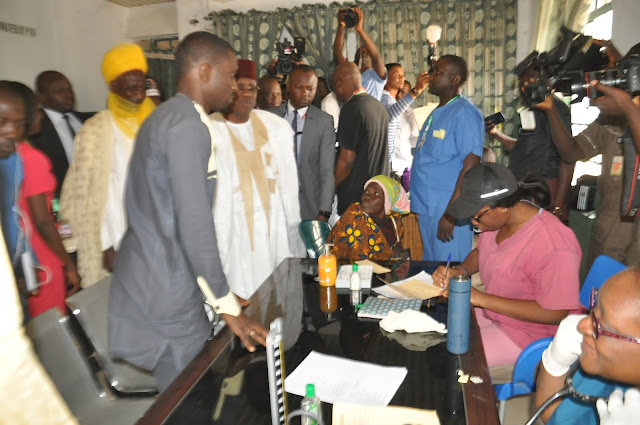 In a remark, Senator representing  Adamawa  Northern zone, Senator Binta Masi Garba said the present health care would meet the health needs of the people and commended Governor Jibrilla for embarking on people oriented projects adding that people of the area will support his second tenure.

In a goodwill message ,The Emir of Mubi,  Alhaji Abubakar Isa Ahmadu said Mubi have been transformed by the present administration  under  Governor Muhammad Umaru Jibrilla assured him of the support of the people of his domain.

The Royal father then  advised the people to be orderly to enable them access the free medical care been offered and appealed to the Governor to work towards the provision of portable drinking water to residents of Mubi and it's environs.

Speaking on behalf of Doctors offering the Medical care, Pharmacist Juliet Hananiya, Who is also the Project Coordinator, said the Doctors are passionate in providing Healthcare to the people.

She said the gesture is also an indication of the love the present administration has for the people adding that it is also inline with the restoration process of the  government.

Some of the wards visited by Governor Muhammad Jibrilla includes Pediatric unit, Dental, Eye unit, The Operation Theater,  among others.