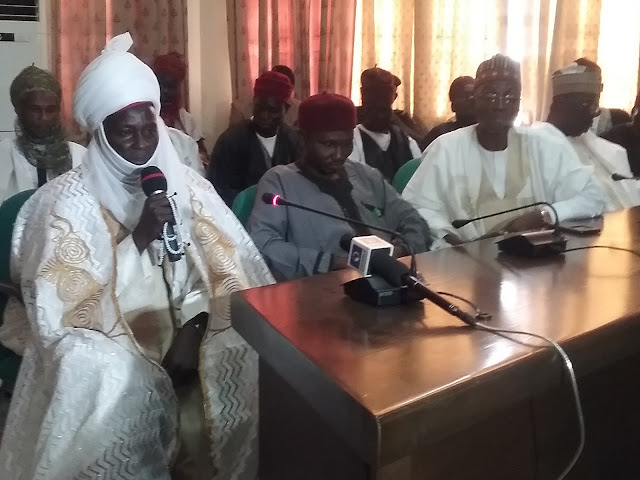 The  communities  made the Declaration  when they paid a  thank you visit to Governor Muhammed Umar Jibrilla  at Government House Yola recently.

The  Royal father also  stated that  in view of the  developmental  people  oriented  projects being executed by the present administration under Governor Muhammed Jibrilla, the entire people of the area had unanimously  Endorsed Senator Muhammed Umar Jibrilla for the  second tenure as Governor of Adamawa state.

According to the  Monarch, the Governor have done creditably  well and  has fulfilled his campaign promises to the electorates of  Shelleng as well as appointing sons and Daughters of the area  into his cabinet ""We the people of  Shelleng both Men and Women  were solidly  behind you,and I  want assure you our total support and loyalty to  your government  Hundred per cent. at all times,he added.

While responding Governor Muhammed Umar Jibrilla thanked the  delegation  for their visit and  solidarity  and assured them that his government will continue to provide Democracy dividends to the electorates of Adamawa state  at the grassroots.

Governor Jibrilla also  called on the people of  Shelleng to  continue to be united and  work for the  overall progress and development of the area and Adamawa state in general.

He however  assured the Amna Shelleng  that prison yard adjacent to the palace  will be  relocated to a safer place .