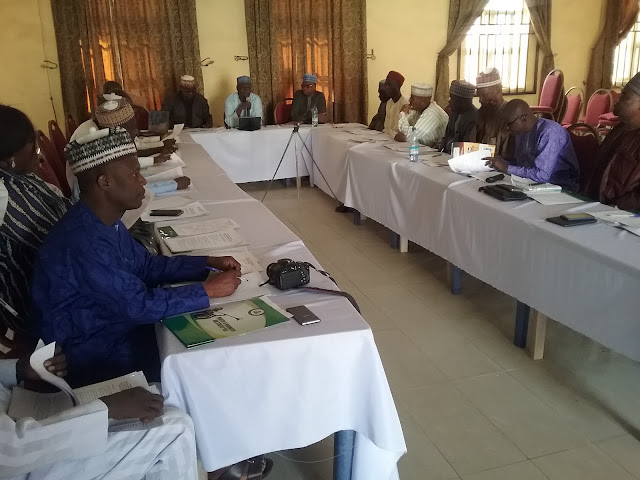 The Adamawa State  Ministry of Information and Strategy  has organised a  Three Days  Retreat for Its Management Staff and Agencies under the Ministry.
Addressing the  participants at the conference hall of  Zavon Hotels and  Suites  in Zing Local  Government Area  of Taraba State, the Honourable Commissioner ministry of Information and Strategy Comrade Ahmad Ibrahim Sajoh said the  managerial Retreat  was organised  to design the 2018 Road map  for managing  Information, Communication and  Effective interface  between the  public and the  government, pointing out that the  year 2018 is going to be a very busy year for both politics and  Governance.
According to Comrade Ahmad Sajoh, the  Retreat shall look at all aspects of performance and  create  new Templates  for over coming  the challenges  confronting the Information  sector  in the year 2018 and identies  gaps in  meeting set targets  that mitigated effective  performance in order to  achieve success.
He also viewed that the  Information  Managers  must develop new skills and  competence  that will meet  up with the  demands of the  new challenges arising from such intense political and  governance  activities.
In his remarks, the  Permanent Secretary of the  Ministry,  Alhaji Adamu Musa  Kallamu explained that the  Training and  Re training  of staff of the ,ministry and  it's agencies  is to make them more effective, efficient and competent in the  performance of  their mandate  as ministry of Information and Strategy, adding that Top Civil servants in the  Information  sector must be confident and  ready to face the  challenges  that are inherent  in the  modern day Information  management.
He however said that the  Retreat will also  identifies areas of  achievement, weakness  and prospects  in order to come up with  an action plan based on the  ministry  and Agencies  priority  as contained in the  2018 Budget.
At the end of the Retreat  participants  have unanimously agreed  and considered  the following  Resolutions as per Departments /Organisations :
Department of  Information:
* Production of  IEC materials for  public enlightenment.
* Building  of Synergy  between the  Department and Government Printing Press.
*  Constant  monitoring of  Adamawa  Daily  Reports  both online and Hard copies.
*  All media Houses are to contribute to  Adamawa  Daily Reports.
*  Ensure  prompt monitoring and enforce monthly meeting  of Information Officers .
*  Reactivate  all Zonal Information  Centres to save as hub where  all activities of  all agencies  domiciled  for effective  service  delivery.
I C T Department :
* Draft  state I C T policy
*  Draft Law to support and  establishment of  state Information  Technology  Development  Agency  (SITDA ) to liaise with the National Agency  ( NITDA).
*  Create state social media  platform and train worriors to run the  platform.
*  Liaise with all government media outfits on ICT related issues  Information Dissemination.
*  Develop and  Maintain state government  Website.
*  Strengthen  Graphics  Arts Unit with Staff and modern facilities.
FILMS AND CENSORSHIP DEPARTMENT :
* Draft Law to support  the establishment of  Video  Films and Censorship  Board.
*  Produce  Films  to propagate Government  Programmes and policies.
ADMINISTRATION DEPARTMENT :
*  Provides  staff  Data Analysis  Department by Department  including Agencies.
*Design a  comprehensive  training  Templates /Calender  for the staff of the ministry and it's agencies.
*  Capture and avail all Training  Opportunities  that will add values to the Ministry.
*  Timely  processing  promotion and Training  of staff within the context of  Civil Service Rules.
DEPARTMENT OF PLANNING, RESEARCH AND  STATISTICS :
*  Ensure timely Directive  to enable  agencies  act on time during Yearly Budget  preparation.
DEPARTMENT OF  FINANCE AND  SUPPLY :
* Timely  release of  funds when approval granted to facilitate prompt lmplementation  of activities.
*  To Design  mechanism  for prompt  retirement  of cash advances  granted to  officers .
*  ADAMAWA  BROADCASTING  CORPORATION  ( ABC YOLA ).
*  Conceptualise  and produce new programmes that will promote  Governor Bindow 's Achievements.
*  Produce additional Transmitter  for ABC Yola.
*  Advocate for additional  monthly  Running Cost (applicable to  all state owned  media houses).
*  Draw  Time table for ministerial  Media parley to facilitate  presentation of  Government  score cardinals all sectors.
ADAMAWA  TELEVISION CORPORATION  (ATV Yola ).
*  To prepare and submit  a position paper for onward submission to Ministry  on Booster station in Ganye and Gombi stations .
*  Replacement of  UPS  Batteries  to save the  life of the  only existing  Transmitter  at the base station.
*  Liaise with  PCNI to facilitate  procurement  Transmitter  at Michika Booster station .
*  Completion of Mubi Booster station within the  first Quarter of 2018 .
ADAMAWA  PRESS LIMITED  ( APL).
*  Completion of renovation work  of the Administrative  block at the APL  Yola.
Need to device  means for market expansion  to boost IGR .
*  Delivery  complementary  copies of the  Scope newspaper to Adamawa  Elites in Abuja as a means of disseminating of Information  about the  Government.
GOVERNMENT  PRINTING PRESS  ( GPP Yola ).
*  Draft position  paper to seek state Executive  Council  Approval  for MDA'S  to patronize GPP services  this include the  House of Assembly  and Judiciary.
*  All  Staff who brings in commercial  advert at the Approved commercial  rate should be  given 15 % as commission  so as to boost  their morale,  this applicable  to all state owned Media Houses ( ABC, ATV, ATVPL, AND  GPPY ). 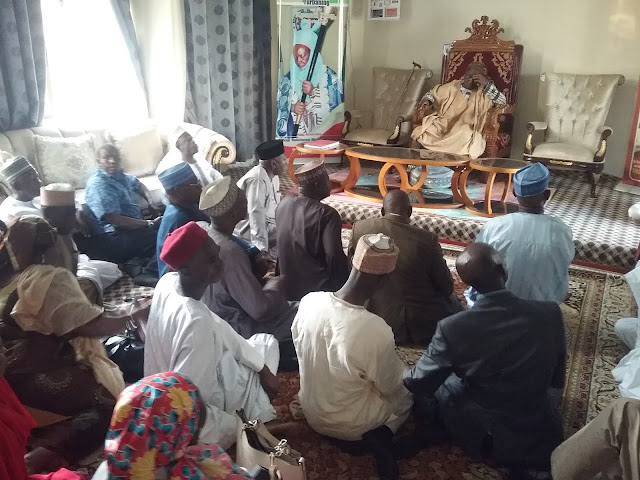 Earlier the  participants  have paid  a courtesy visit on  the Kpanti  Zing His Royal Highness Alhaji  Suleiman Ibrahim  Sambo  and the Council  Chairman  where the  Honourable Commissioner  had told the Royal father  that the  delegation was at his domain  for a Three Days  Retreat  because of the prevailing  peace existing  in the area and solicited for the support and  blessings  of the Monarch for the Retreat.
While responding, Kpanti  Zing  His Royal Highness Alhaji  Suleiman  Ibrahim Sambo  assured the participants of the palace support and cooperation  for the successful  Retreat, pointing out that  Adamawa  and Taraba states  are like Twin brothers and  hope that the  cordial relationship  will continue to exist.