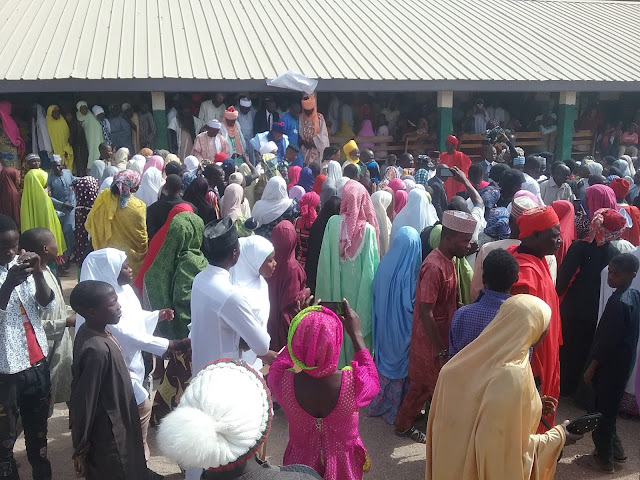 The Presidential Committee on North East Initiative ( PCNI ) has launched a free medical intervention in Mubi to cover about 15,000 returnee IDPs  in Adamawa.

The Vice Chairman of the initiative, Alhaji Tijjani Tumsah, disclosed this during the launching of the Outreach Programme at Mubi General Hospital on Friday.

Tumsah said that the programme  was part of President Muhammadu Buhari’s plan for health care delivery meant for vulnerable Internally Displaced Persons (IDPs) and residents in host communities in the North-East.

” Initially, the programme was designed to capture no less than 5,000 returnee Internally Displaced Persons from the  most affected Seven local government areas in the state.

” But because of the mass turnout of the  people who are in serious need of medical help,  the Initiative  decided to open its  Data to capture more people,” he said.

According to the vice chairman, the exercise will last for seven days in the state and would cover people from Madagali, Michika,Mubi North, Mubi South, Maiha Hong and Gombi local government areas.

He noted that the intervention  had already been carried out in Borno and Yobe.

He urged benefiting state governments to continue with the Programme from where the initiative would stop for the benefit of their communities.

The Executive Director of ProHealth International, Dr Iko Ibango, said that about 80 different medical practitioners were participating in the programme.