NEWS: State Government Seeks for the Establishment of Law Faculty at the State University, Mubi. 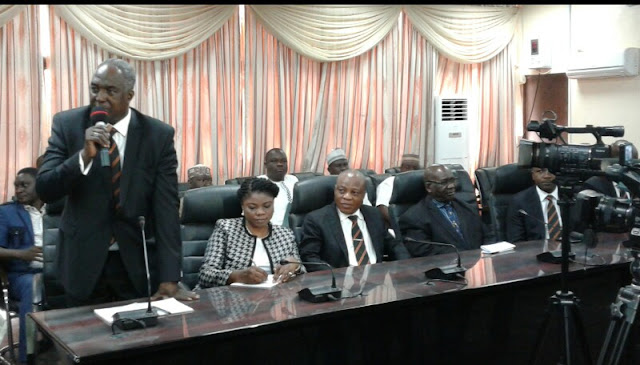 Today being the March 6, His Excellency the Executive Governor,  Sen.  Mohammad Umaru Jibirilla has granted in audience to the  Director General Professor Isa Hayaytu Chiroma and the Management members  of the  Nigeria  Law  the  School who  paid him a courtesy visit at Government House,  Yola.

While congratulating the  Director General  over his recent appointment, the Governor  described Professor  Isa Hayatu Chiroma as a  man of honour, pointing out that  people of Adamawa state  are proud of  him.  The Governor  on the other hand requested  for approval of the  establishment  of Law  faculty  at the Adamawa state University, Mubi.

Governor Muhammed Jibrilla said that  Adamawa State Government has  invested  a lot in terms of development in the Yola  Campus of the Law School.

He also  assured that his Government will continue to  partner with the  Nigeria Law School  In the areas of Justice and  Legal  matters in the state.

Earlier, the  Director General of the  Nigeria Law School,   Professor  Isa  Hayatu  Chiroma  had earlier told Governor Muhammed Umar Jibrilla  that the delegation was in Adamawa state  on a  familirization tour to the  Campuses  of the Law Schools in the  Six  Zones across the country.

He also  commended the Governor for providing Roads infrastructure to the people of Adamawa state and  other laudable  projects across the state.

Professor Isa Chiroma  described  the recent  Anti Corruption Summit as a big success for the government, he however  appealed to the state government to construct  Hostel accommodation in addition of  provision of Ambulance  Bus for the Yola Campus.

He also  lamented that the  Hostels in the  campus was inadequate for the students, stressing that  only Three  Hundred  Students are being accommodated out of the  normal One  Thousand  Five Hundred  Students. 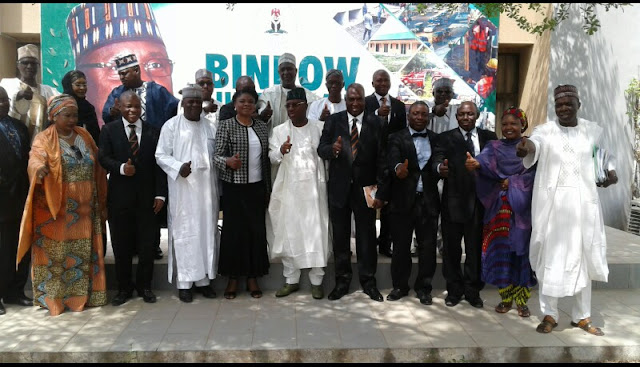 Also in his remarks, the  State Attorney General and Commissioner for Justice,   BSD.  Sanga said the  administration of Legal Justice is on course  in Adamawa state, explained that the  Law school  will also be used as a  resource  centre by the State Government .