The initiative by  the Bindow led administration to provide a domestic airport at Mubi is to serve both economic and security purpose have received a boost.

This followed a site evaluation visit by a Technical Team, comprises of Airspace Engineers, Metrologists, Aerodrome Engineers as well as staff of Ministry of Transport and that of Aviation.

Speaking to Journalists after the inspection,  Governor Muhammad Umaru Jibrilla said the initiative to establish the Airport was to serve financial purpose, where Traders from the area as well as neibouring countries like  Chad and Cemeroon republics  can come in to transact business.

The Governor explained that the turnover from  Cameroon Republics in Cattle business alone is estimated to about  Five Billion Naira monthly while the domestic airport would also serve as Air Force base to give a boost to the fight against insurgency considering proximity to Sambisa forest.

He stressed that the urged for government to bring development to the people also informed the decision for the commencement of the project.

Governor Jibrilla also expressed that his government is working hard for the approval of the area as free trade zone adding that Two investors have already approached the state government for the realisation of the domestic airport on the basis of Build - Operate and Transfer (BOT) .

Also Corroborating, the Commissioner for Land and Survey, Alhaji Yayaji Mijinyawa assured that all plans have been put in place adding that all information required would be provided in the next few days to enable the team continue with other processes.

Earlier  speaking,The  Technical team leader, Captain Talba Alkali, Who is also the Director Safety and Technical Policy of the Federal Ministry of Transport, explained that Ministers of Transport as well as Aviation directed for the site evaluation visit and assured that the site is suitable for the construction of the domestic airport.

While assuring that the team would give all the necessary advice for the project, Captain Alkali stressed that the team would discuss with the state team for the actualization of the  domestic airport  which will add feathers to the aviation industry.

The proposed airport is to occupy about  Five kilometers in length, will accommodate 737 capacity Aircraft of both human and cargo. 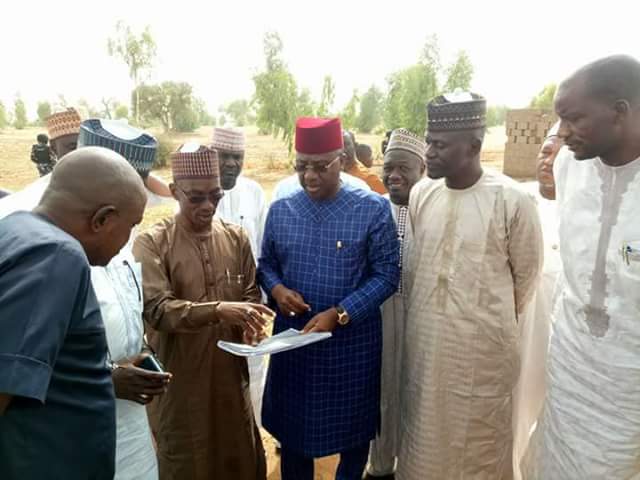