The Minister of the Federal Capital Territory, Malam Muhammad Musa Bello, has enjoined FCT residents, especially the Christian faithful, to use the occasion of the Easter celebrations to rededicate themselves to the virtues of love and service to our fatherland. He stated that the season offers the residents an opportunity to reflect on the life and teachings of the Lord Jesus Christ, as a pathway for peaceful coexistence and service to humanity.

The FCT Minister, made this call in his message to FCT residents on the occasion of the Easter season commencing with the Good Friday. He underscored the ideals of national unity and oneness on which the FCT was founded and urged residents to strive to demonstrate these values in their interaction with one another.

Bello assured FCT residents that the Administration has put in place measures to ensure the security of lives and property both during and after the Easter season.  He enjoined them to be alert to the happenings around them in order to thwart any efforts by miscreants to take advantage of the festive season to cause any breach of the peace the Territory has been enjoying.

He further thanked the residents for their contributions and support to the Administration as it works to implement projects that are designed to improve the living standards of the residents. He disclosed that efforts are ongoing to improve facilities in the FCT educational sector withthe recent release of N600 million as counterpart funding to access over N1.2 billion Universal Basic Education grant. He said that 12 generators have been procured and installed so far to ensure steady streetlights during power outage, while the Administration is on course to improve the outlook of major highways by stemming illegal trading, dumping of refuse and vehicular recklessness.  Similarly, procurement of the major coaches required for the full operation of the Abuja Light Rail is underway while the trial phase will soon commence with the three test coaches which are already on ground.

The Minister praised the residents for their support and contributions towards the realization of the Abuja project while calling on them to continue to shun the antics of those who beat the drums of disunity.

He prayed for a very spiritually refreshing and hitch-free Easter Celebrations while charging residents to stay safe, both now and after the Easter season. 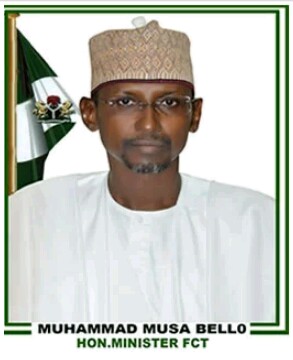