NEWS :Adamawa State Government to Partner With NISAL For Fattening of 500 Cows Monthly.

The  recent  pronouncement by President Muhammadu Buhari  to seek election for the second term comes 2019 has been described as a welcome development.

Governor Muhammad Umar Jibrilla disclosed this  while briefing  Journalists at the end of the 12th  State  Executive Council Meeting presided over by the Governor at the  council chambers of the Government House Yola.

Governor Muhammad Umar Jibrilla  explained that President  Muhammadu Buhari  has done tremendously well for the country especially in the fight against insurgency in the North East as well as  fight against  corruption.

He also explained that the  President deserves  the  second tenure in order to complete the  laudable and developmental strides being achieved by  his government as well as the restoration of the lost glory of the  nation.

Also briefing , the State Attorney General  and Commissioner for Justice Barrister  BSD Sanga  along side Honourable  Commissioner Ministry of  Culture and Tourism  Tawali"u Nathan Magaji said the Council has approved for the amendment of Area Court Laws of Adamawa State where only Lawyers and  Judges are to adjudicate for the validity of cases in the Law courts .

The Council also approved  for partnering  between Adamawa State Government  and the Nigeria Incentive-Based Risk Sharing System For Agircultural Lending (NISAL) a subsidiary of  Anchor -Borrowers  scheme for the fattening of Five Hundred  Cows Monthly based on the Loan  to be granted by the Central Bank of  Nigeria for the beneficiaries from the state.

The EXCO  also  approved the sum of Seventy Five points Eight Million  Naira for the  expansion and Renovation  work of the State Arts Council .
Members of the  Council  had observed  One minute silence  in honour of the  late  APC Chairman of Maiha Local Government , Mr. John  Batham who deid  recently. 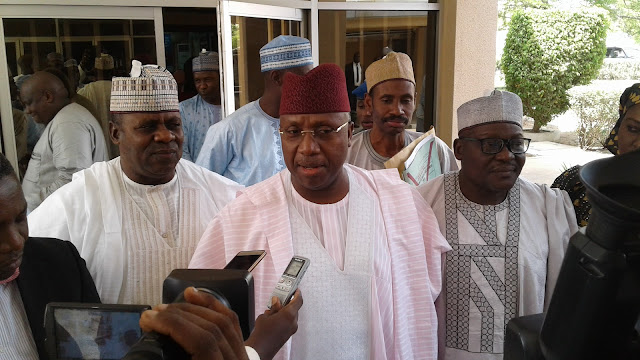 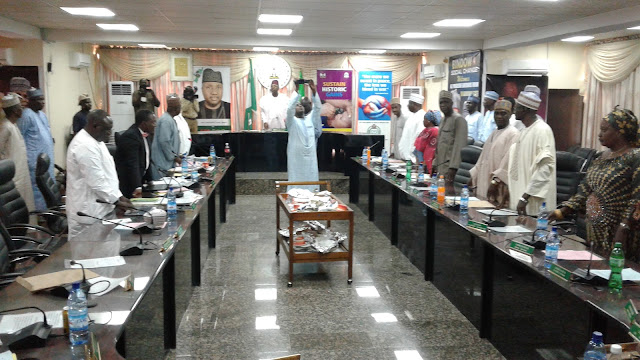