NEWS:Small Scale Enterpreneurs to Benefit From Soft Loan through Federal Government to Boost Business Activities in the State - Gov Bindow

He explained that the loan is a scheme by Federal Government through the Central Bank of Nigeria for small scale Business men and women particularly youth to access the loan and enhance their capital base and generally reduce the rate of unemployment as well as improve the economy of the country.

The Governor also stated that the construction of the road was a fulfilment of his campaign promised as requested by the community during 2015 electioneering campaign.

While expressing  optimism with the level of work done so far by TEC construction company handling the road project, Governor Muhammed Jibrilla  appealed to the people of the area to continue to give the construction firm total   support and cooperation to enable them complete the project within the time frame.

Speaking during the visit the Councilor in Gombi Legistilative Council , mallam Umar Abubakar thanked  the Governor for embarking on the people oriented projects and assured him of their support comes next general election in 2019.

Also,commenting,  Alh Sani Trader described  Governor Jibrilla  as the best Governor Adamawa  state ever had, describing  him  is a leader  who is dedicated to work for the common man.

The Governor also inspected a Two Kilometre kabang road in Mubi Local Government area which is handled by Triacter construction company,where  he expressed satisfaction  with the spate of work, which  is at completing stage.

While addressing the mammoth crowd that welcome him at the site, The Governor urged them to cooperate with the construction company and continue supporting the present Government in order to provide  more dividends of Democracy to the electorates. 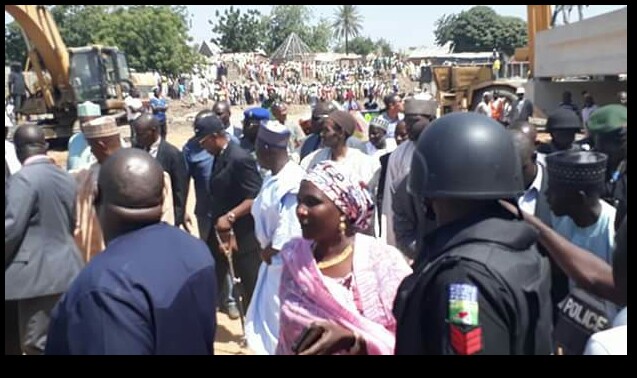