FCT Minister Mal. Muhammad Musa Bello and Niger State Governor, Alh. Abubkakar Sani Bello have moved to resolve the lingering border disputes between communities in Niger State and the Federal Capital Territory. The two leaders gave this indication in a joint address to media men at the close of their meeting in Abuja on Thursday, May 25, 2018.

Muhammad Musa Bello noted that Abuja is a creation of law and that the issues about its boundary are clearly stated in the laws of the land and therefore cannot be shrouded in confusion. Musa Bello recalled that the easiest way out of the situation is to reactivate various institutional frameworks set up to deal with such matters. He said such a committee should be headed by very senior officials, such as the Secretary to the Niger State Government or the FCT Permanent Secretary while comprising all relevant officers of both administrations. The Committee, he noted, should liaise with relevant Federal Government agencies like the National Boundary Commission with a view to working out a permanent solution to the issues.

The FCT Minister expressed readiness to remit all Pay As You Earn (PAYE) taxes due Suleja from workers who reside in Suleja but work in Abuja. He said FCT is always prepared to act in tandem with the provisions of the laws. Abuja, the Minister disclosed, had been approached earlier by the Chairman of Tafa LG on the matter and that he had directed that FCTA should harmonise all claims and to do what was needful.

Malam Bello called on the local council officials of the border communities to rise up to the challenge of combating the menace of filth in the Zuba-Madalla axis, as well as the encroachment of traders on the Madalla end of the Abuja –Kaduna Highway. Musa Bello lamented how the road has become so congested that it is now a serious obstruction to traffic and posing a severe risk to life and property. He thereupon, directed the Coordinator, Abuja Metropolitan Management Council (AMMC), TPl Umar Shuaibu to set machinery in motion to reclaim the road and the adjoining shoulders.

He charged that the problem of filth in the border area was not a funding problem but that of political will by the Chairmen of the affected local councils on both sides.

Earlier, the Governor of Nigeria State, Alh. Abubakar Sani Bello said he was in Abuja in the quest for a peaceful resolution of the lingering border dispute between the two territories in Dakwa and Tafa Local Governments of Niger State as well as Gwagwalada and Bwari Area Councils of FCT. He noted that all the four council areas have continued to lay claims to the various disputed pieces of land and that there was need to deal with the matter in an amicable way.

He directed that all developments on the disputed areas as well as allocations by both local councils in the affected communities be suspended pending the resolution of which local councils own the various parcels of land.

Governor Bello also noted that there was the issue of waste management especially in Zuba – Madalla stretch and the issue of PAYE tax remittances due Suleja Local Government from officers working in Abuja but who reside in Suleja. He said the Chairman of Tafa Local Government would need the support of the FCT Administration in dealing with environmental sanitation and waste management in the area as facilities in Suleja are over stretched as a result of FCT workers. 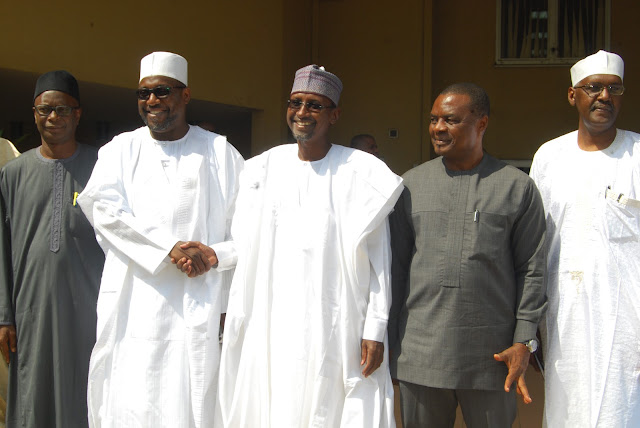