Government views this development with extreme sadness and regrets that it is happening at a time when all patriotic leaders in the State especially Public Offices and Traditional Rulers are working painstakingly to restore peace and normalcy in the State. This is even sadder that it is taking place at the onset of the rainy season when people are supposed to be engaged in productive activities related to farming and food security.

Government appreciates the prompt response of the Army, the Police and other Security Agencies in containing the situation and ensuring that it did not escalate beyond the affected areas. The leadership of all the Security Forces operating within the state have displayed uncommon patriotism and commitment in helping to roll back the invaders and protecting our territories from the rampaging attackers.

Consequently, His Excellency Governor Muhammad Umar Jibrilla Bindow expresses his appreciation and commendation to His Royal Highness the Hama Bachama and the leadership of Numan Local Government for their prompt response to the crisis by notifying both Government and Security Agencies on time and mobilizing the security apparatus in Numan for the initial response to the invasion. His Excellency equally commends the Service Commanders in the State for their quick deployment to the affected areas.

The Governor, also appeals to the citizens of Adamawa State to remain calm and be law abiding as everything will be done to ensure that their lives and property are protected. They should in turn ensure that they provide credible information on suspicious movements and early warning signs within their localities to Security Agencies and their community leaders. 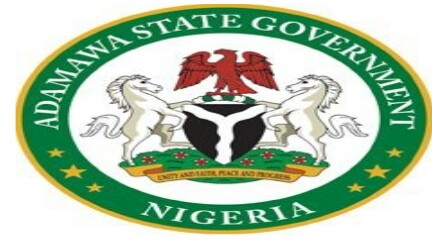