The Adamawa State Justice Sector Reform Team was inaugurated sometimes in April, 2018 by the Hon. Attorney-General and Commissioner for Justice, BSD Sanga at Madugu Rock View Hotel, here in Yola. The Team was constituted in order to allow coordination and synergy among Justice Sector Institutions with a view to achieving effective Justice Delivery in the state.

Members of the Team are drawn from various organizations including Ministry of Justice (MoJ), Judiciary, Nigeria Police Force, Nigeria Security and Civil Defence Corps, Nigeria Prisons Service, Nigerian Bar Association (NBA), Legal Aid Council, NDLEA, DSS, FIDA, NUJ and the Traditional Institution in the State. The Team has met more than three times to build their capacity and brainstorm on a way forward. They have agreed at their last meeting to visit Jimeta and Yola Prisons in Adamawa State.

It is in this regard that they embarked on today’s visit to Jimeta Prison. The Team was led by the Solicitor-General/Permanent Secretary, Ministry of Justice, Barr. Sule A. Muhammed, who is also the Chairman of the Team. The Director of Public Prosecutions (DPP) of the Ministry of Justice, Barr. Samuel L. Kyanson serves as the Secretary of the Team.

The Team was received by the Prison’s In-charge, Record Officer, P.I.P 1 Musa Jauro, the Staff Officer and other relevant Officers who toured the Members round the Prison and provided all the records and information needed by the Team. Jauro said the Prison’s capacity is 300 but unfortunately, they currently have 699 inmates. While 581 Inmates are awaiting trial, 118 inmates are Convicts.

The Chairman of the Team introduced his team and briefed the Prison Officers on their mission which is to check records and interview inmates with a view to making recommendations as are necessary to the Team’s Advisory Group which comprises the Attorney-General of the State, the Chief Judge, the Commissioner of Police, the Controller of Prisons of the State. The exercise, according to the Chairman, will assist in decongesting the Prisons. He added that the visit will continue as new cases emerge.

During the visit, 10 inmates were reportedly ill and the Chairman requested that they should be brought before the team. Some anomalies were discovered during interactions with the patients and were taken note of. It was discovered that some inmates are being sent to the Prisons on purely civil matters. The Chairman stressed that civil cases should be treated as such and not otherwise. He requested the Prison authority to compile such cases and send to the Ministry of Justice for proper action.

The NBA Chairman, Aji Bubakari Kamale, equally asked for the compilation of list of inmates on whose warrants Area Court Judges request that they be returned to them after serving out their jail terms which, according to the Prison authorities, end up being returned to the Prisons for failure to pay compensations awarded to victims. He said the NBA is ready to provide pro bono legal services to those inmates.

On his part, the Deputy Chief Registrar of the High Court, Barr. Musdafa Dahiru Raji said the Judiciary is currently sensitizing Judges on how to handle issues pertaining to compensation of victims of criminal activities. 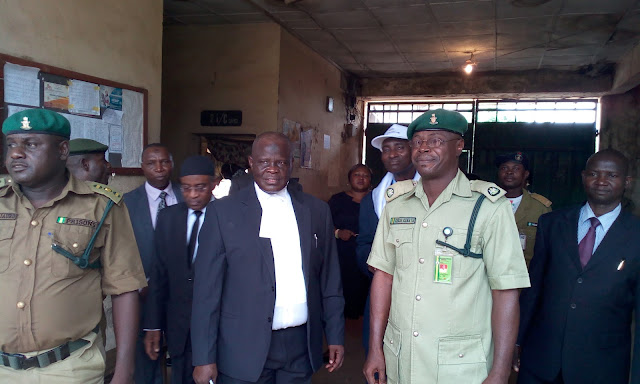 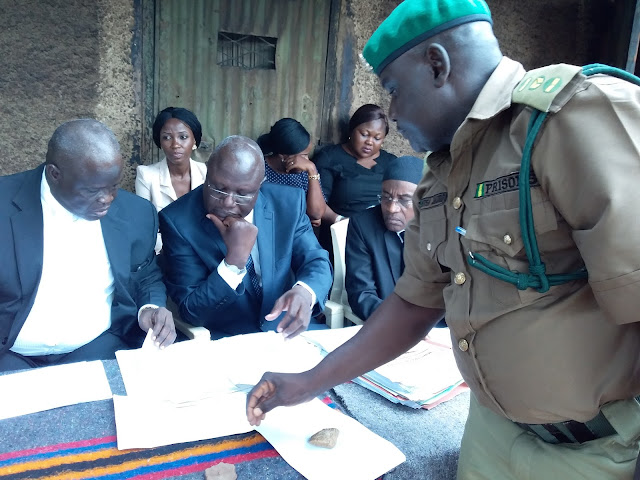