The two University Dons were arraigned in the State’s Magistrate court No.4 on Monday, presided by Magistrate Dimaz Elshama in Yola for alleging to be evading tax for many years.

Bala who is the Complainant has accused Prof. Liman Tukur, a lecturer at MAUTECH (first defendant) who was appointed the SSG of Umaru Fintiri led administration of the State Government of granting an illegal tax waiver to Prof. Kyari, the VC of MAUTECH (second defendant) in 2014.

According to the charges filed my Barr. M. A. Adamu, the lead Counsel to the complainant, the first defendant, while serving as the then SSG, wrote a letter to the second defendant purportedly conveying an illegal approval for waiver of outstanding tax liability.

By the filed charges also, MAUTECH is said to be owing the Government of Adamawa state an outstanding deductible tax obligation of its employees to the tune of N460,060,823.18 which accrued between the years 2008 and 2010. Following the University’s non-compliance with any of the letters of request for payment sent to it by the State Board of Internal Revenue, the State Government through the Board constituted a court case against MAUTECH for the payment of the said amount.

According to the complainant, the letter of waiver signed by the first defendant, the then SSG contradicts section 80 of Personal Income Tax Act, 2004. The intent of the letter was to shield MAUTECH from discharging its tax obligation and thereby depriving the Government and the people of Adamawa State of the benefits of the said outstanding tax.

The waver as seen according to the defendant, have since been set aside as illegal by the judgment of the Adamawa state High Court No.1 delivered on the 25 April, 2018 by Honorable Justice Nathan Musa.

That conduct of the accused persons before this Honorable Court is in breach of section 80 and punishable under section 94 sub.1 of the personal income tax act. 2004.

However, upon hearing the charges, both the first and the second defendants pleaded not guilty.

Having no objection to the complainant Counsel’s oral application to replace the charges he filed earlier with the current one, both Counsels of first and second defendant applied for bail of their respective clients based on self-recognition.

Being satisfied with the conditions of the bail, both the first and the second defendant were granted bail based on self-recognition and the case was adjourned to 11th September, 2018. 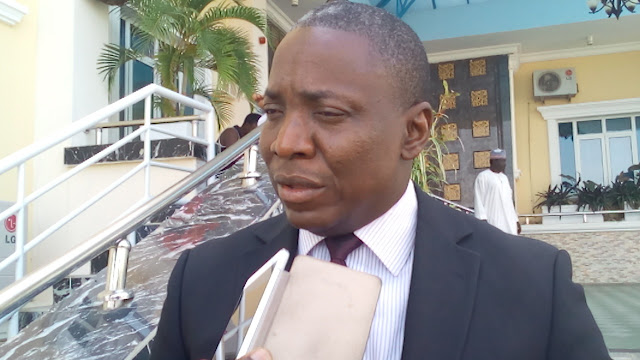