As part of efforts towards creating an enabling environment for the development of small businesses and to ensure they have easy access to finance, the Federal Capital Territory Administration (FCTA) has inaugurated the Council on Micro, Small, and Medium Enterprises (MSMEs).

Speaking at the inauguration, The FCT Minister, Malam Muhammad Musa Bello said the Council would serve as an institutional framework to drive MSMEs across the Territory.

Malam Bello, who was represented at the occasion by the FCT Permanent Secretary, Sir Christian Ohaa, said the Council would act as aggregators across states, coordinate the implementation of the National Policy on MSMEs as well as provide linkages and synergy among all stakeholders  in addition to ensuring seamless implementation of the National Enterprises Development Programme (NEDEP).

The Minister disclosed that the establishment of the Council became necessary due to the unhealthy consequences of the fragmented approach to MSMEs development in the country.

According to the Minister, “We believe that the establishment of the MSMEs Council will give greater impetus to the economic diversification agenda of the Muhammadu Buhari Administration. It would facilitate efforts by the current Administration to improve Nigeria’s rating in the ‘global ease of doing business scale’ and also drive poverty alleviation and create jobs.

The Minister used the occasion to restate the FCTA’s commitment towards creating an enabling environment and providing necessary logistics for growing MSMEs in addition to encouraging stakeholder engagement in the sector.  To this effect, he said the capacity of the Abuja Enterprise Agency (AEA) will be strengthened to drive the sector in the FCT and to effectively function as the secretariat for the Council.

Malam Bello however commended the Small and Medium Enterprises Development Agency of Nigeria (SMEDAN) as well as the Abuja Enterprise Agency and other stakeholders for the successful constitution of the FCT MSME Council. He expressed confidence in the ability of the Council and its members to ensure that the intention of the Federal Government is actualized.

Also speaking through the Director of Economic Planning, Research and Statistics, Malam Abubakar Sani Pai, the FCT Permanent Secretary, Sir Chinyeaka Ohaa, who is also the Chairman of the Council, thanked the FCT Minister for the confidence reposed in the members by the appointment. He assured the FCT Minister that the members would put in their best towards the realization of the objectives of the Council. He called on all stakeholders to join hands with the Council to actualize the desired results.

Membership of the Council cuts across relevant parastatals and stakeholders in the sector.

Earlier in his remarks, representative of the DG, SMEDAN and Director, Policy, Advocacy and Coordination, Monday Ewans, said MSMEs play very critical roles in the development of nations in terms of job creation, wealth creation and poverty alleviation.

He said strengthening MSMEs in the country will be very pivotal to achieving economic diversification as well as improving productivity and national development, all of which would assist in realizing the economic recovery and growth plan of the change administration.

Ewans added that 15 other councils on MSMEs have been inaugurated in other states of the federation. 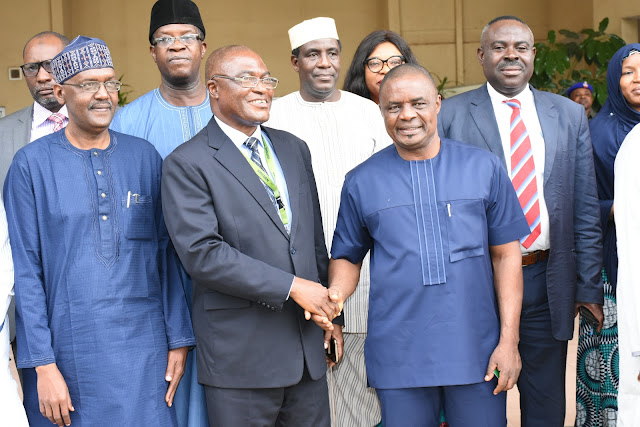