....URGES ROAD USERS TO PLAN AHEAD OF SCHEDULE

As rehabilitation work begins on the ever busy Bill Clinton Drive spur road linking the Nnamdi Azikiwe International Airport, Abuja with the Umar Musa Yar’Adua Expressway, the FCT Administration has said it will partner with the various stakeholders in the traffic management and control sector, as well as other paramilitary bodies, to ensure that seamless traffic flow is maintained along the road.

The Executive Secretary, Federal Capital Territory Development Authority (FCDA), Engr. Umar Jubril who spoke to journalists in Abuja on Thursday during an inspection tour by the FCTA and the various stakeholders in the traffic management sector, said arrangements have been concluded with the contractor to begin the rehabilitation of the road shoulders in order to facilitate dual movement along the inbound carriageway, while the outbound one is shut.

Engr. Jubril advised travelers along that route to move ahead of their flight schedule in order to avoid the rush and to ensure that the flow of traffic in and out of the airport is enhanced by the time the project fully takes off. He also charged residents to cooperate with officials and maximize the facility that will be made available to achieve the timely completion of the project.

The Executive Secretary during the interaction, called on the various stakeholders comprising the FRSC, the DRTS, the Nigerian Prisons, the NSCDC, as well as other paramilitary agencies, to reach out to the FCTA on any issues encountered to ensure a smooth project implementation, supervision and delivery.

He said, “This is something that all of us have seen a necessity for, particularly the Federal Road Safety Corps, the Road Traffic Service, especially considering the critical nature of this road, so that we don’t cause any breach of protocols or disturbance to travelers that are coming both in and out of the FCT.”

The Project Manager, Chinese Civil Engineering and Construction Company (CCECC), Tony Zhao, while explaining the scope of the project, said it is scheduled to last for seven months. He said preparations have been made to cater for the issues of security, the quality of the project and its timely completion for successful delivery.

Mr. Zhao assured that the project could be delivered ahead of schedule for use by Nigerians considering the available technology.

Also speaking at the occasion, the Airport Manager, Muhammad Sani, urged FCT residents to use more of the rail and try to get to the airport much earlier in view of these developments.

The OCP, FRSC Adewale Ameen, in his own remark, said the corps has mapped out a seamless traffic control mechanism that will be deployed in collaboration with the commands around the area and from other neighbouring states, to complement seamless traffic flow while construction work lasts.

He said taxi drivers have been sensitized on the need to cooperate with officials of the Corp, even as townhall meetings have been held with the villages around the place to ensure their journey is planned in order to avoid the rush.

Adewale added that there will be temporary barricade along the road to avoid traffic violations.

The representative of the Nigerian Prisons Service, Bello Sambo,  who spoke on behalf of the Commandant and other paramilitary agencies that have offices along the route, said the agencies will do their best to align with the project by educating their staff on the use of the road during the period of construction. He said there will also be diversions to ensure that they cooperate with the regulations to avoid hitches.

Representative of the Director, Directorate of Road Traffic Services, Dele Yaro, also explained the complementary efforts of the, DRTS. He said there is an arrangement on the ground to calm the speed of the ongoing vehicles and to also help to sensitize the motorists so to ensure that they do not miss their flight in the event of any holdup on the road.

Yaro said the Service will also ensure that no vehicles are parked along the road, adding that equipments will be provided to immediately evacuate any vehicle that breaks down along the road to allow seamless movement of traffic.

“You should not forget the fact that this is a presidential route too and for diplomatic movement. So it is very important for us to make sure that their movement is seamless and there is no hindrance of any kind along the road. We will cooperate with the contractors and other traffic management agencies like the presidential air fleet, the prisons, the immigration and the army to make sure that we work together to ensure seamless movement of vehicles along the road,” he added. 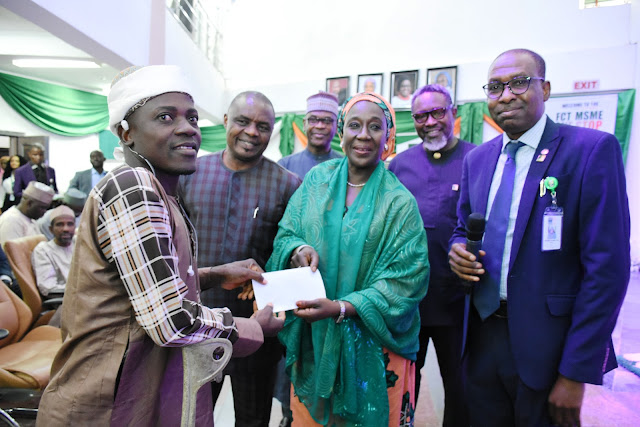