Honourable Commissioner for Information, Comrade Ahmad Ibrahim Sajoh  in an interview told news men  that the state Government have received a warning from the Presidency  over  rising water of River Benue as a result of the opening of spillways of Lagdo Dam yesterday at his office.

He said that the State Government has already taken some emergency measures before the warning came.  “We have contacted all the relevant Ministries such as Ministries of Health, Women Affairs and Child Development, Housing, Works, and Education because in some cases, we use some school as rescue ground for flood victims. We have also met with Security Agencies to brief us on their plans and the way forward. Red Cross and some UN Agencies in the State too have been contacted with ADSEMA taking the lead. “He said.

Sajoh said that the State Ministry of Information and Strategy has taken a lead in ensuring that all the Media Houses in the State as a matter of social responsibility accord the flood issue a top priority in their respective reports as well as public enlightenment so that the message reaches the affected people and areas. However, he said; “ It is very sad to know that a very good number of farms in the state have been destroyed by this year’s flood, we don’t want that to result to hunger and food shortage in the state”.

More so, Sajoh explained that the mostly affected areas in the State include Loko. “ it could be recalled that the Governments had previously offered a save place for the community but they turned it down simply because they do not want to relocate. The state has three major flood threats which are Lagdo Dam, Kiri Dam, and Lokowa area apart from heavy rainfall that we experienced.  He said that there is nothing the Government can do to people who have refused to relocate than cautioning them and enlightening them.

On the other hand, he cautioned some communities that are found of disposing refuse in drainages and water ways to decease from the act adding that those who have their houses built on water ways too are contributing immensely to the problem.

He concluded that the government is doing everything humanly possible to handle the situation. 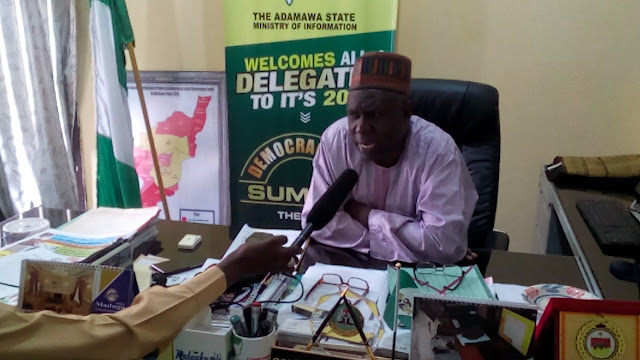