Home » News » NEWS:DCR In Collaboration with Adamawa Celebrities Commence Training of Ambassadors in the State.

NEWS:DCR In Collaboration with Adamawa Celebrities Commence Training of Ambassadors in the State.

The Ambassador for Dialogue,Climate & Reintegration, Non Governmental Organisation in collaboration with Adamawa Celebrities and Every GirlChild Initiatives has began it's training for the first twenty (20) Ambassadors in Adamawa State.

The Director of the Organisation, Mr. Richard Inyamkume said the training is holding in all the thirty six (36) States of Nigeria including the Federal Capital Territory (FCT), Abuja.

“Global Climate is already changing and having negative impacts on the communities, causing conflicts among individuals due to its unfavourable nature” He said.

Inyamkume who noted that “its our obligation as humans to work towards improving the green circle so that both human and animals can have enough space and vegetation to satisfy their need.”

He advised all the trainees to be advocate for Dialogue, Climate & Reintegration in the country by taking this ideology to the grassroot, teaching both rural and urban communities on the need to embrace plantation.

According to him, Ambassadors  are to inspire and motivated to assist in increasing awareness among Government officials, including disaster and emergency management personnel, schools , traditional institutions, religious groups, and community members about the climate change impacts and how these impacts affect vulnerable groups. 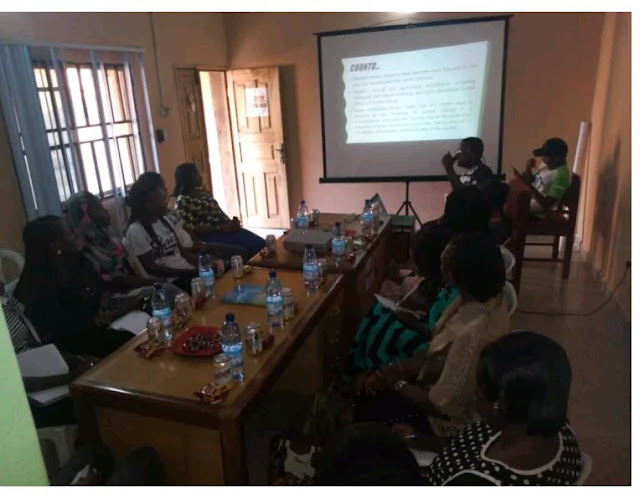