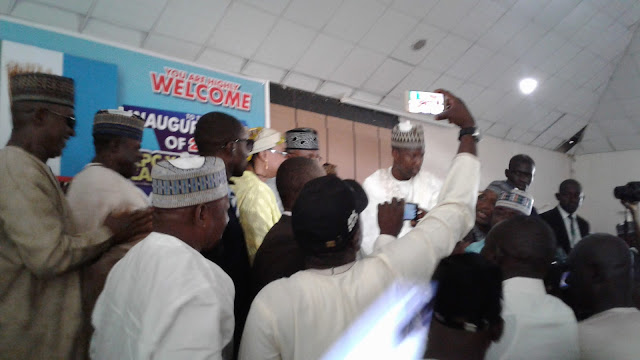 The  All Progressives Congress in Yola North Local Government Area  has Inaugurated it's 2019 Campaign team  Coordinators.

While  performing the  inauguration at Lelewal Motels, the Coordinator of the  team, Honourable  Abubakar  Baba Zango along side the  member  representing Yola North  Constituency in the State House of Assembly,  Honourable Suleiman Alkali said the inauguration of the team is necessary and timely in view of the importance attached in the team to 2019 general  election in the Local  Governments.

According to them, Yola North  has about  One  Hundred and  Eighty -Four Thousand voters and are ready to vote for President Muhammadu Buhari ,Governor Muhammad Umar Jibrilla  and other elective positions, assuring that  SAK method of  voting would be  adopted during the forthcoming  election.

While  addressing the  APC  supporters, Governor Muhammad Umar Jibrilla maintained that APC  sak is the only solution and way that can bring  development to the electorates at the grassroots.

Governor Muhammad Jibrilla stated that President Muhammadu Buhari has done wonderfully well and fulfilled  his electioneering campaigns promises made in 2015 by constructing all the Federal  Roads across the State ,maintaining  peace and security in the North East as well as appointing Illustrious sons  and Daughters of Adamawa  into his Cabinet.

He  then appreciated  the efforts of the campaign team Coordinators for their  zeal and right  thinking  by ensuring that APC  won the forthcoming election in 2019 at all levels.

Governor Muhammad Jibrilla also  reiterated that his administration will continue to provide more dividends of Democracy to the electorates of the state. 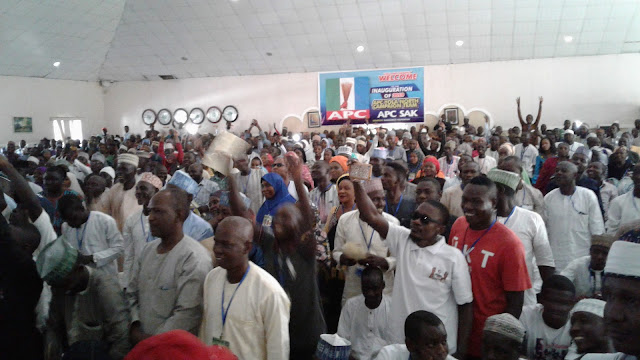