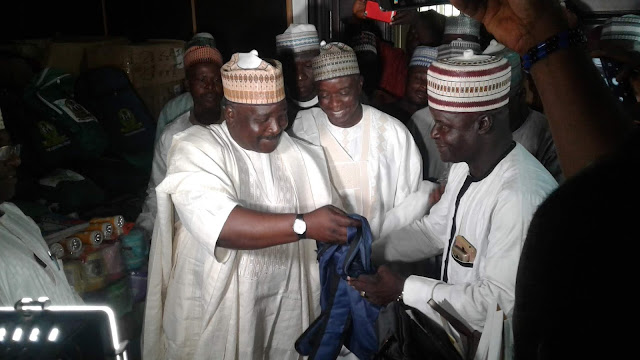 The  Presidential Committee on North-East Initiative  has presented  Educational  and Instructional  materials  to schools in Adamawa state.

The  Vice  Chairman of the  PCNI,  Alhaji  Tijjani  Tumsa  who made the presentation to the Adamawa state Government  during the  Launching of Educational  support  materials by the  committee  held at  Lelewal  Motel Yola recently.

Alhaji  Tijjani  Tumsa  said the  launch of  educational support  items is part of the project  aimed to overcome the  challenges  that near absence of quality  learning  and Instructional materials  pose  to the  educational  attainment  of the  Children  in Adamawa state. 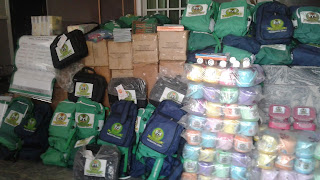 The  Vice Chairman of the  PCNI  also explained that the  purpose of the  intervention is not  only to reverse the  negative  performance of the   education  sub - sector  in the North East sub-region  before the  insurgency,  but to also  invest in  future of the Children, describing education as the key to the  complete  recovery of the  North East.

According to Alhaji  Tijjani Tumsa, Learning and  Instructional materials  are also an  important  requirements  for the revitalization of Education, pointing out that  PCNI  is open to  suggestions  and partnerships that will assist in  fast tracking  these interventions.

While  acknowledging  the efforts of stakeholders in rebuilding education in the North East  and facilitating  access, he particularly  appealed to the  government of the  North Eastern states,  Donors  and Government of  friendly countries in revitalizing the education  sector.

He also explained  that  PCNI is committed to all initiations that can facilitate the  Redevelopment of the North East  and the Revitalization of Education sub - sector.

He however  revealed that under the PCNI education  revitalization programme, the  PCNI  has trained over  Three  Thousand  Primary  school Teachers  in the North East  to  boost  teachers  capacity  in Pedagogy, Safety and trauma  counselling  skills, maintaining that  preparations are  under way to  train secondary school  Teachers as well , stressing that  under the  project  about Sixty -Seven  Thousand,  Five Hundred  pupils and  Sixty  Seven Thousand and Fifty  teachers  are to be supported across the  North Eastern states.

In his remarks  the Honourable Commissioner Ministry of Information and Strategy , Comrade Ahmad Ibrahim who  represented  Governor Muhammed Umar Jibrilla  at the  occasion said the government has acknowledged the efforts of the  PCNI  in Adamawa state. 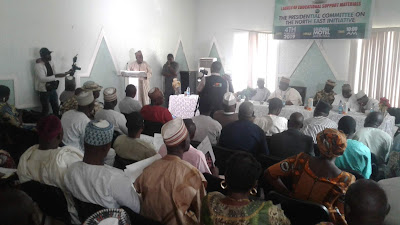 According to Comrade Ahmad Sajoh  , the state  government has appropriated  over Thirty  per cent  of  its 2019 Budget  on education , and commended the PCNI  for the support to state government, pointing out that the Adamawa state Government has  already declared a state of emergency on Education sector.

While  commending  President Muhammadu Buhari for his efforts in maintaining peace and security in the North East sub-region  as wellas  fighting  against insurgency, Comrade Ahmad Sajoh said the present administration  under Governor Muhammed Umar Jibrilla has been  able to construct over Three Hundred and Ninety  Six  Roads and several  rural  roads across the state.

He also said that the PCNI  has assist the state  government in so many  sectors which includes  Health, provision of  soccour to the Internally Displaced persons  among others  for the  betterment of the people of Adamawa state.

Also in his closing  remarks  the  Secretary to the State Government Dr Umar Buba Bindir calls for  Unity  Among the people and urged youths  to engage in  entrepreneurship  for the progress and  development of  the nation.

Dr. Umar Buba Bindir  also explained that  wealth  creation is the key to success and Development of any society  in order to forge  ahead.