Home » news update » NEWS UPDATE:CSOs/Media on Advocacy Visit to MoE &MoJ on the Implementation of ADSACs and JSR Action Plans in the State.

NEWS UPDATE:CSOs/Media on Advocacy Visit to MoE &MoJ on the Implementation of ADSACs and JSR Action Plans in the State. 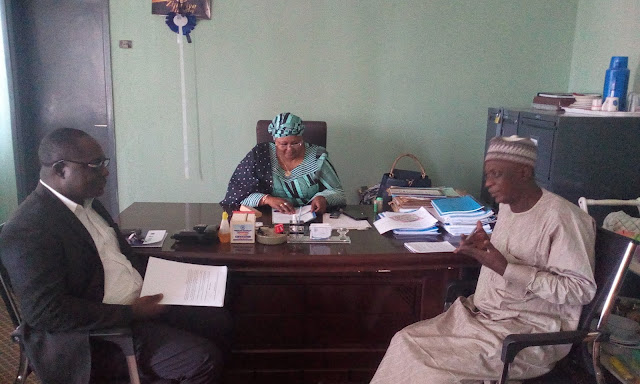 Media/CSOs supporting the implementation of the State Anti-Corruption Strategies ADSACs were on advocacy visit to the State Ministries of Education and Justice simultaneously today at the State Secretariat Complex.

Zare Baba, the Chairman of the group that visited the Ministry of Education in his remark introduced the group and stated the purpose of the visit which is centered on the implementation of the Adamawa State Anti-Corruption Strategies ADSACs and Justice Sector Reform JSR action plans in the State.

He said that the two Policies can not be achieved without the involvement of key stakeholders in the State adding that ADSACs in the technical objectives 2 states that public engagement and ethical orientation provides that the Ministries of Basic and Higher Education should include Anti-Corruption Strategies ADSACs and Justice Sector Reform JSR in the State scheme of work for both public and private schools.

On the other hand, the Permanent Secretary, Ministry of Higher Education Mrs Mariya Adamu Nyaku in her response said;

" this is a very welcome development, we are going to do it fast. Inshallah, by tomorrow we will make up a very powerful committee to look into the situation".

She promised that the Ministry will do its best in this regard. 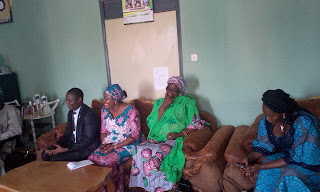 Zare in a response drew the attention of the DPS on the essence of the visit which is to inform the Ministries to form a team and come up with a template and a strategy on how to implement the request of the group. He added that the Ministry can invite CSOs/Media to be in the picture of the activity. 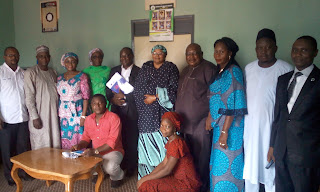 Barr. Abdulrahman Iliyasu, RoLAC staff in a remark said the visit is in line with the implementation of the Adamawa State Anti-Corruption Strategies ADSACS and Justice Sector Reform JSR action plans for the State. He commented the gesture of the Ministry and said he is very excited with the way and manner the Ministry has reacted to the visit.

It could be recalled that on 10th-11th June, 2019, CSOs/Media met at AUN hotel to prepare for advocacy visit on the implementation of ADSACs and JSR Action Plans respectively. It was planned to take-off today being the 24th of June 2019.
10:15
Adamawa Daily Reports
news update
Email ThisBlogThis!Share to TwitterShare to Facebook