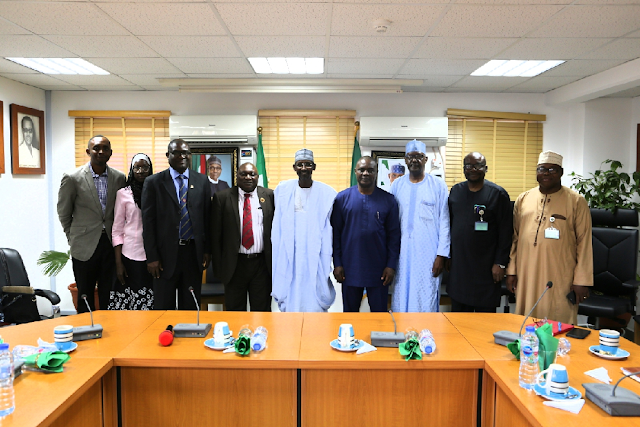 Selected residents of the FCT are to enjoy various forms of free surgical procedures from February 9th to 17th 2020 courtesy of the Free Medical Outreach of the West African College of Surgeons.
The free medical outreach programme is a part of the West African College of Surgeons (WACS)’s 60th Annual General Meeting and Scientific Conference which will hold in Abuja from the 17th to 20th of February 2020.
This was disclosed when a delegation of the Local Organising Committee from the College led by its Immediate Past President, Professor King-David Teina-Yawe, paid a courtesy visit to the FCTA.
Speaking further on the proposed surgical procedures a Fellow of the College and Acting General Manager of the FCT Hospitals Management Board, Dr Francis Alu, said that the surgical procedures will involve both minor surgeries such as cataracts and hernia and major ones such as fibroids.
Dr Alu also said that the general hospitals in Kubwa, Bwari and Kuje will be available for minor surgeries while major surgeries will be carried out at the Federal Medical Center Jabi, Garki Specialist and National Hospitals. A private eye specialist hospital, Rachel Eye Center will also be involved. He further revealed that 45 volunteer doctors will be available in each of the hospitals while the target  is to treat 1000 patients across the 7 hospitals.
While shedding more light on the 60th AGM and Scientific Conference, Professor Teina- Yawe said that the delegates are expected to come from all over the world and that the FCT was selected because of the availability of world class conference facilities that can accommodate such a large delegation.
Professor Teina -Yawe equally stated that plans were underway to establish an Advanced Surgical Skills Training Hub in Abuja, adding that WACS has trained 7000 surgeons, many of whom have trained other surgeons in Nigeria.
In his response, the FCT Minister, Malam Muhammad Musa Bello said that some of the best surgeons in Nigeria were proud members of the West African College of Surgeons and have performed exceptionally well in their chosen profession.
He said that the City was looking forward to having the delegates in the FCT, adding that plans were underway to make Abuja a destination of choice for Conference tourism.
Malam Bello also revealed that the FCTA plans to prioritize the provision of facilities in hospitals during his second tenure as FCT Minister.
Also, at the meeting were the Permanent Secretary, FCTA, Sir Chinyeaka Ohaa, and the Chief of Staff to the FCT Minister, Mallam Muhammad Bashir Mai-Borno