Special Report;Adamawa State to Participate in the Upcoming 2019 NAFEST. 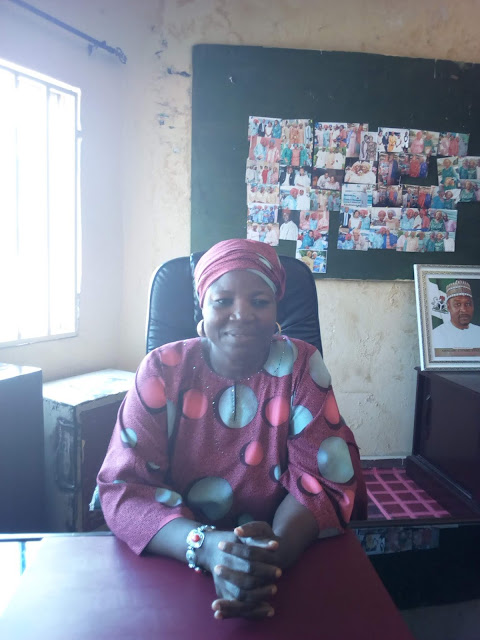 The National Council for Arts and Culture was established by Decree No. 3 of 1975 and amended by Decree No. 5 of 1987, it is a federal government organ charged with the responsibility of coordinating, development and promotion of the living Arts and culture of Nigeria at national and international fora.

The National Festival of Arts and Culture as of today remains one of the major cultural festival that serves as a great platform for mobilizing the people as it showcases talents and projects  the values of our heritage as well develop the spirit of national identity and peaceful coexistence.

This year, NAFEST 2019 will be holding in Edo State with the theme "Nigeria: Our Royalty, Our Pride" from the 19th to 26th of October, 2019. This will be the 32th of its kind and it is expected that countries like Senegal, Mali, France, Ghana and many more will be coming.

However, Adamawa State will not be left out of this festival this year as it is set for  the up coming event. In an interview with granted by the  Deputy Permanent Secretary, Art Council and Director, Mrs Sasso B. Ali, she said Adamawa is well prepared because there is a financial backing from the Government. She is full of praise to Rt. Hon. Adamu Umaru for the support he has given to the Ministry and the Art Council, and stated that, for the past 10 years, the State has not participated in NAFEST but now, there is a backing from the present Government.

As for the level of preparedness,  Mrs Sasso said team Adamawa is well prepared for most of the competitions. The team will engage in drama, junior wrestling, traditional cuisine and dance. The level of readiness of the team is super and she is hopeful that a cup will be won.

Sasso, explained that the selection of participants was based on good performance from each of the competitors. She also hopes the team will participate in the opening ceremony march pass as it will get the State the opportunity to show the large ethic groups it has, as it will be depicted during the march pass.

More so, she believes that if all works well maybe, Adamawa State will someday host NAFEST, this will boost not only our internally generated revenue, but everyone in the State, it  will also transform the State. Our tourism sector will bloom , even food vendors and the state will be on the world radar. She also encouraged children who are good in arts to pursue their dreams. on the other hand,  she encouraged parents to give their children all the necessary support as most celebrities come for low income homes, only to change the families situation. Parents should encourage their wards to pursue their dreams.
09:33
adamawadailyreport@gmail.com
Special Report
Email ThisBlogThis!Share to TwitterShare to Facebook