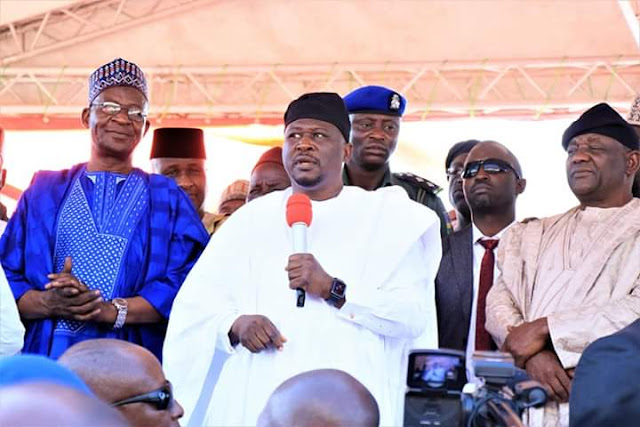 In fulfillment of his promise to students of higher institution, Governor Ahmadu Umaru Fintiri has expressed his commitment of paying the scholarship allowances he promised them as soon as verification which is ongoing around tertiary institutions in the country is completed.

The Governor made the statement at the grand rally hosted by the People’s Democratic Party (PDP) at Mahmud Ribadu Square Yola ahead of the scheduled December 7th local government election in the state.

He revealed that the present administration prioritized education to the extend of introducing free and compulsory education, free feeding as well as the payment of WAEC and NECO examination fees.

Governor Fintiri used the medium to highlight some of his administration achievement to which include the victory over insecurity, reviving the civil service and and education sector. 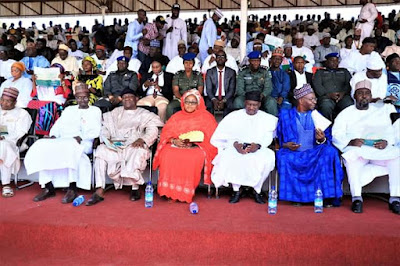 He assured them of his administration’s commitment to continue with the good work he has  started,

While appreciating the people of the state for their unflinching support to his administration, he urged them to come out en mass and vote for PDP candidates to continue to enjoy the dividends of democracy.

Earlier in his remarks, the State PDP Chairman Barr. A.T Shehu has while receiving thousands of ADC and APC  decampees from Maiha and Madagali local government areas called on registered voters to vote all PDP candidates from Chairmanship to Councillorship level.

The state chairman of the ruling party in the state urged party members to accord the decampees who were led by former commissioner Hon. Tijanni Maksha and former chairman Madagali LGC Hon. Yusuf Mohammed OC the necessary cooperation.

He expressed optimism that the party will emerge victorious at the polls because they have campaigned in all the nooks and crannies of the state.

In their separate remarks while introducing the party’s Chairmanship and Vice Chairmanship candidates to the crowd, Chief Joel Madaki and Alhaji Auwal Tukur appreciated the giants strides achieved by Governor Umaru Fintiri in the state.

The leaders of the decampees Hon. Tijjani Malaga and Hon. Yusuf Mohammed OC assured Governor Fintiri and the ruling party their unflinching support and loyalty to the present administration as according to them the Governor has within 6months changed the fortunes of the state around.
04:16
adamawadailyreport@gmail.com
news update
Email ThisBlogThis!Share to TwitterShare to Facebook