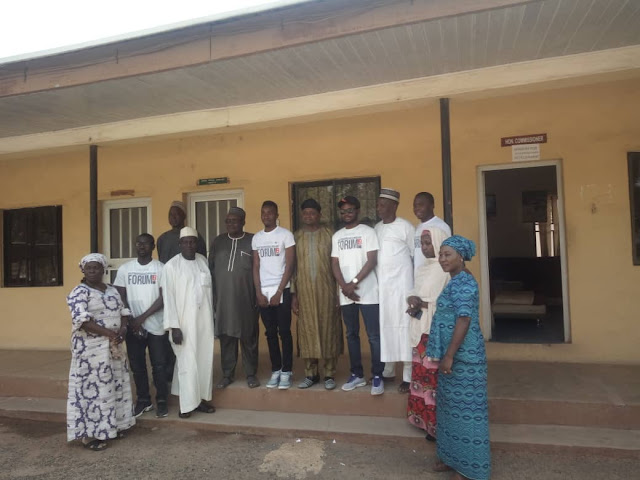 Speaking  earlier,  the Hub-leader, Dogara Iliya said  they  were at his office  to congratulate  him over his  appointment  as Honourable Commissioner of the Ministry which have direct bearing with  youths  in State. He said  the  rate of unemployment  in the state  is high, hence the  need to  provide  means of  self  reliance  so as to reduce  total dependency  on Government.
He therefore  called  on the  Hon. Commissioner to organize  a  forum  that  will  bring  youths  together in other to be enlightened  on the  need  for  self reliance.
Responding, the Hon. Commissioner, Ministry of  Entrepreneurship Development, Mr Iliya James commended the youths for  taking  a bold  step in trying to  reduce  the rate of unemployment  by enlightened  the  youths.
The  Commissioner said the His Excellency, the Executive  Governor of the State,  Ahmadu Umaru Fintiri is ready  to change the  standard  of youths in Adamawa. He has promised to organize  an avenue  that  youth  in Adamawa will be  enlightened  in the  need to be self reliance,  urging  all to  support  the Ahmadu Umaru Fintiri administration  for  better  development of Adamawa state.
06:56
Adamawa Daily Reports
News
Email ThisBlogThis!Share to TwitterShare to Facebook