Home » State Exco » NEWS:EXCO Approves Over N18bn For Construction of 2 Nos Flyovers in State Capital, Other Township Roads Across The State

NEWS:EXCO Approves Over N18bn For Construction of 2 Nos Flyovers in State Capital, Other Township Roads Across The State 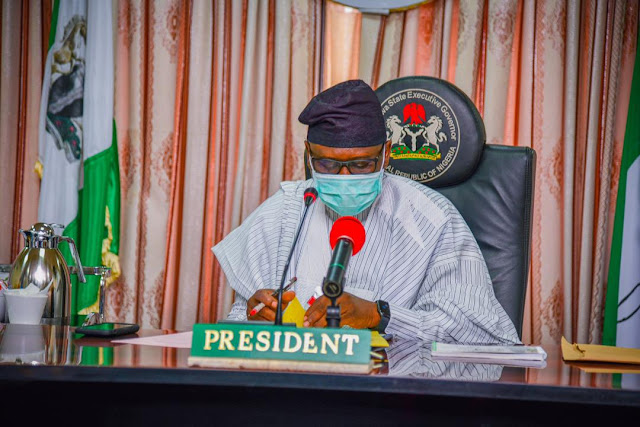 
The Adamawa State Executive Council has in its tenth council meeting for the year 2020 approved the award of contract for the construction of two flyovers in the state capital and other roads across the state under lot one to eleven.


Briefing Correspondents, Thursday, shortly after the extra ordinary meeting chaired by Governor Ahmadu Umaru Fintiri at the Council Chamber in Government House Yola, the Honourable Commissioner Ministry of Information and Strategy, Dr. Umar Garba Pella said the Council has agreed on two resolutions: road construction and recovery and payment to of shops at the Jim eta Ultra Modern Market. 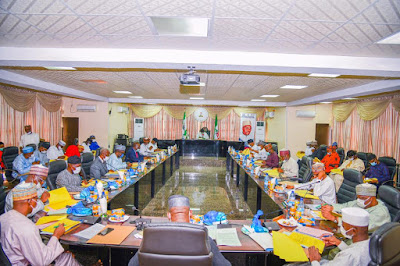 The Commissioner stated that the said amount was partly captured in the 2020 budget of the State Ministry of Works and Energy Development and it is expected to roll over to 2021 budget.


Dr. Pella maintained that the Adamawa EXCO has so far approved for the Ministry to commence the construction work across the state.


The Adamawa EXCO spokesman explained that the construction works is placed under eleven lots. He clarify thus: lot one has the construction of great interchange at Police Roundabout in Jimeta and is suppose to last for eighteen months while lot 2 is design and construction of flyover at the Total Filling Station Roundabout with the duration of 12 months. The two lots will be handled by MSSR Triacta Nigeria Limited.


The fourth lot is the construction of Numan Township Road which has Izala-Gwadamala-Rafa Wayam Road 2.5km in Numan LG. The road will be handled by OCAD Construction Limited and it is expected to finish in eight months.


Lot five captured Hong township road, Hong LG, which European Quarters road of 3.5km will be constructed. The contract is for a period of eight months, was awarded to OCAD Construction Limited.


6.6km road in Gulak, Madagali LG is in lot six to be handled by Triacta Nigeria Limited for the duration of fourteen months.


Jada township road, Jada LG is in lot 7, it has 3.8km and will be handled by Triacta Nigeria Limited for the duration of 8 months.


Lot  8 is the construction of Weekly Scope Road in Yola North LG. Is 2.1km, be constructed by Triacta Nigeria Limited in 12 months.


Michika township road in Michika LG is placed in lot 9 with the total length of 5.1km to be handled by Triacta Nigeria Limited for the duration of eight months.


Rehabilitation of washout section along Jada Mbulo road in Jada LG which has 0.4km is slated in lot 10, to be handled by ATB Barack Service Limited for duration of six months.


Lot 11 has the construction of Nyibango-Yolde Pate road in Yola North LG with two span bridges, which has total of 3.18km, is expected to be constructed in 12 months. The project is given to Triacta Nigeria Limited.


According to Dr Garba Umar Pella, the Adamawa Executive Council has equally deliberated and approved the recovery and payment of sales of shop at the Jimeta Ultra Modern Market in the state capital, Yola.


He explained that the shops were allotted on concession to some interest and business people in the state, stressing that over a decade a lot of people were not able to pay for the shops that were built by the state resources to support commerce and encourage business in the state.


He said in view of that a demand notice has been agreed by the state exco to issue to anybody who is not up to date to the payment of his shop or business premises. And, warned that at the expiration of the notice, if any alottee did not meet up, the shop will be revoke or be compelled to pay what is expected.


Dr. Pella said the Ministry of Commerce and industry has been instructed to carry out the Council’s decision.
13:31
Adamawa Daily Reports
State Exco
Email ThisBlogThis!Share to TwitterShare to Facebook