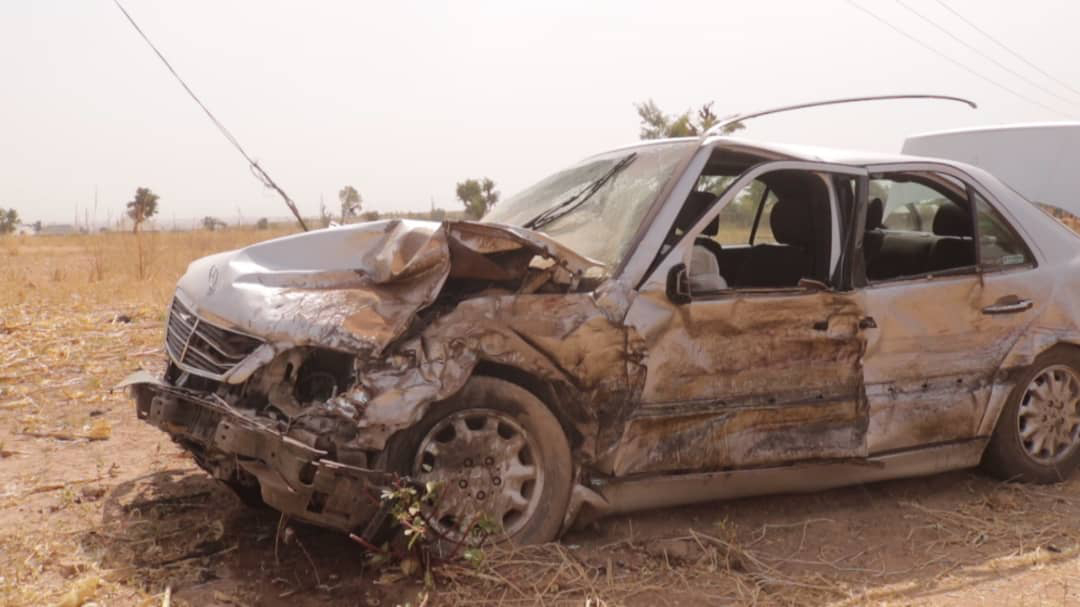 By: Yusuf Umar
A ghastly motor accident involving Marsedes Benz and a Toyota Starlet along Yola- Numan road on Friday morning has left over five people with various degree of injuries.
The Deputy Governor of Adamawa State Chief Crowther Seth who came across the incident directed the immediate evacuation of the victims to the hospital and donated cash to take care of the medical bills. 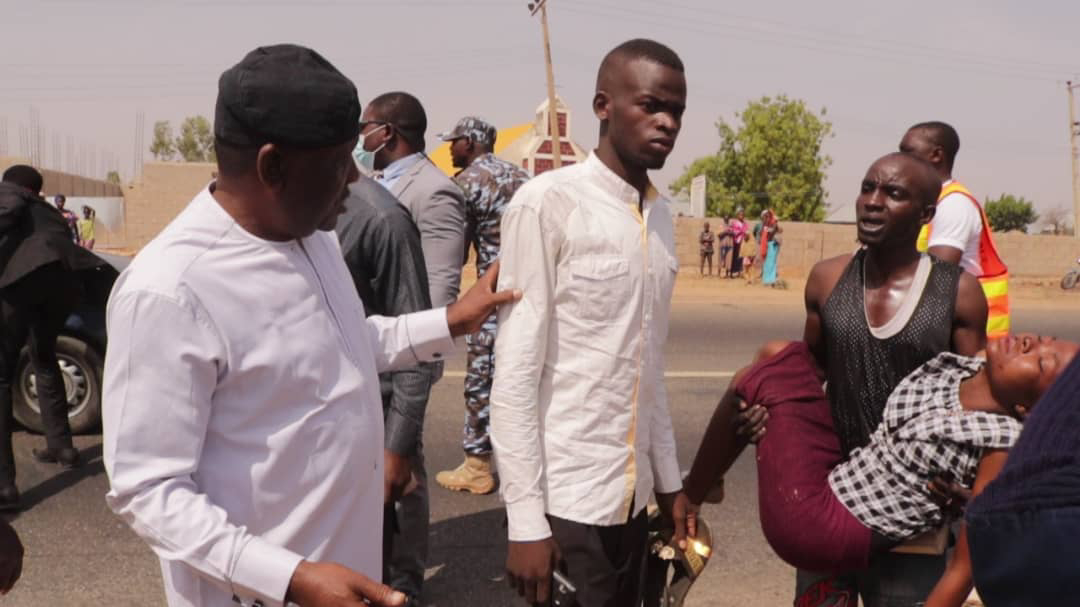 Although, no life was lost, but the accident which happened at Kwanan-Waya left some victims with serious injuries while others with minor injuries.
An eyewitness who spoke off camera attributed the incident to recklessness and overspeeding.
Chief Crowther Seth who came across the ugly event on his way to Numan stopped over to show sympathy for the victims who were in pains.
In the spirit of sympathy, he directed the immediate evacuation of those injured to hospital for medical attention.
The officials of the Federal Road Safety Corps on arrival to the scene evacuated the victims to specialist Hospital Jimeta-Yola as directed by the Deputy Governor Chief Crowther Seth for quick medical attention.
00:54
Adamawa Daily Reports
News
Email ThisBlogThis!Share to TwitterShare to Facebook