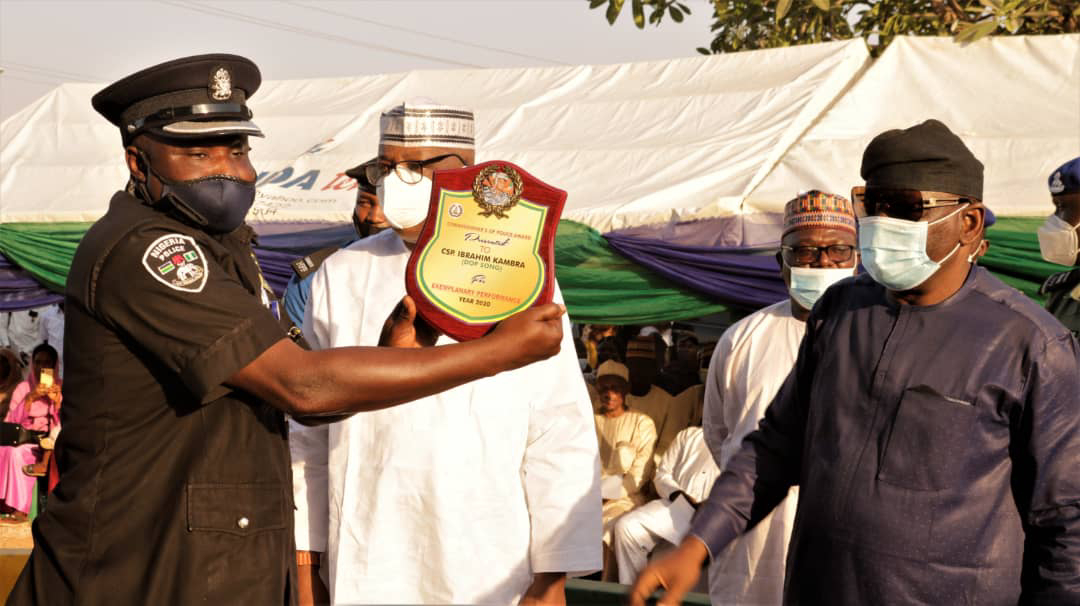 By:Yusuf Umar
Governor Ahmadu Umaru Fintiri has congratulated the Commissioner of Police, Adamawa State Command, Olugbenga Adeyanju on his promotion to Assistant Inspector General of Police, describing him as a leader per excellence who has faught a good fight during his one year stay in the State Command.
He gave the commendation at the end of the year and send forth party organized by the Adamawa Police Command in honour of the new AIG Olugbenga Adeyanju.
Represented by the Deputy Governor, Chief Crowther Seth at the end of the year and send forth party in respect of the Commissioner of Police, Adamawa state command Governor Ahmadu Umaru Fintiri described the new AIG as a gentleman per excellence.
He said since his arrival to Adamawa police command, AIG Olugbenga Adeyanju has been able to deploy new security approach which has so far changed the security situation in the state.
While congratulating him on his elivation, the fresh air government maintained that under his watch, Adamawa state is now a safe heaven as he was able to address security challenges bedeviling the state such as the scourge of shila boys, kidnapping, burglary among other crime and criminality headlong.
While saying that to whom much is given, much is expected, Governor Fintiri urged the new AIG Olugbenga Adeyanju to remain committed to his duty and do more for the betterment of the country at large.
The AIG, Olugbenga Adeyanju lauded the support and cooperation he enjoyed from the State Government, the Officers of the command and the entire people of Adamawa, emphasizing that such cooperation is a brain behind the successes achieved.
The event held at the Police Officers Mess Jimeta was climaxed with the presentation of award to the AIG among other gifts presented to other officers for their outstanding performance.
11:24
Adamawa Daily Reports
News
Email ThisBlogThis!Share to TwitterShare to Facebook