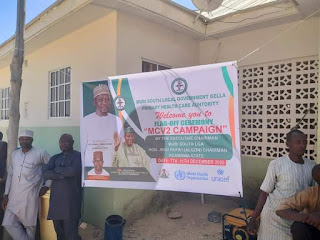 Hon Rufai Jingi of Mubi South Local Government Area has conducted a flag off  ceremony on  MCV2 today being the 8th of December at the Primary Health Care, Gella. 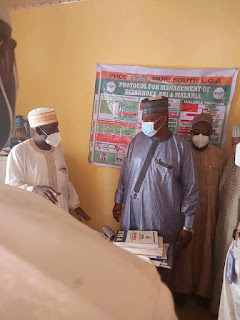 After, The Flag Off Ceremony, Hon Jingi Rufai Kwaja (Mai Daraja) Inspected Kwaja Dispensary Said his Government will not make any Promise but will Insha Allah do the needful in order to improve the standard Of the Dispensary.