Home » News » COVID-19: Gov. Fintiri Says Adamawa Will not be Locked down.

COVID-19: Gov. Fintiri Says Adamawa Will not be Locked down. 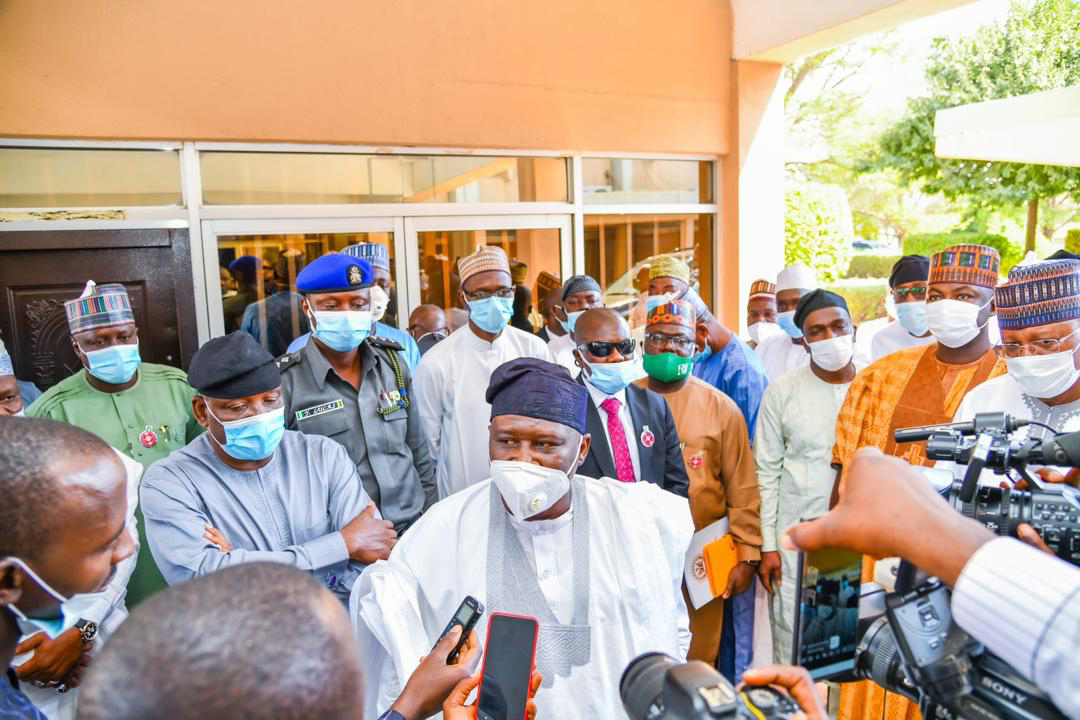 By Barnabas Augustine
14/01/2021
Following the second wave of coronavirus disease in Nigeria with a record of infected persons surpassing one hundred thousand cases, Governor Ahmadu Umaru Fintiri of Adamawa State said that he will not lock down the State.
The Governor stated this while filding questions from News men shortly he arrive Yola International Airport after the New Year break.
He said "measure as what you may be thinking, there is no going to be a lockdown, as far as am concern. But, the Government and the Committee is doing her best to further enlighten the people to brace up, to ensure that we keep the COVID-19 protocol so that we remain safe in the State as well as safe in the entire nation.
"This is my wish but I will not lockdown the State for any reason. That is why am one of the few States that opened schools and institutions since on the 11th (January, 2021). And, I believe the Federal Government has also follow suit, instructed the schools to open by the 18th of January.
"In Adamawa, we have opened all the basic schools and I will further direct the higher institutions opened soon".
Governor Fintiri call on all the citizens to abide by all the COVID-19 protocol while pleading with the State not to politicize coronavirus pandemic. He said the time for politicking  is yet to come. Noting that the lives of the citizens are paramount.
In response to what the state should expect in the New Year, 2021, Governor Fintiri assured the people of the State that his administration will do much better than what it did in the year 2020; stating that it will stimulate the economy and ensure even embarkation of projects across the State.
Governor Fintiri stressed that in 2021, his Government will give priority to Youth and Women empowerment programmes and position them for future development of Adamawa and Nigeria at large.
What could have been a distraction to the Governor regarding the recent political meeting of the opposition party in the State against the 2023  gubernatorial election, Governor Fintiri emphatically responded that there is no opposition in the State.
"Do we have opposition party in Adamawa? We don't. There is no opposition party in Adamawa. And if you are talking about the last administration, what have they done? Do they understand the meaning of development, for them to even define what development is? I think the people of Adamawa will tell you how we change the narrative. And it is here for everyone to show, Governor Fintiri concluded.
18:30
Adamawa Daily Reports
News
Email ThisBlogThis!Share to TwitterShare to Facebook