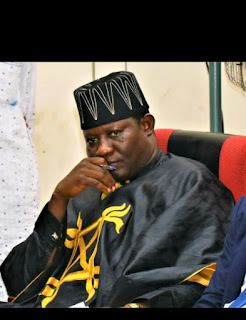 By George Kushi
The world stands in the threshold of political situation akin to the nuclear debacle between Russia and the United States in the sixties.
Although not of the same magnitude one is easily reminded of the challenges of Ahmadu Umaru Fintiri during and after  the 2019 elections that upset the calculations of many political brokers that thought they had the mumbo jumbo to conjure a victory for the rival party,APC in the elections.We all  withnessed the tension and apprehension, the seeming uncertainty of handing over to the PDP , the near unending court cases that saw litigations go the way  up to the SUPREME COURT where the last drama played out. It is instructive to note that even at the supreme court, some goons had bragged about wresting power by hook or crook.
All those who voted for Fintiri then cannot easily forget the agonishing  moment of WAIT for that SUPREME COURT verdict. And just like in the States, the issue was tossed in favour of Fintiri. This ,of course brings us to the narrative of what Joe Biden,President-elect in the US shares with Ahmadu Fintiri, Governor of Adamawa state.
Faced with defeat,the opposition tried the legal option of"inconclusive",a dubious term that gained currency in Nigeria in 2019, then the MRDD conspiracy . This was only meant to create an avenue that displace a apparently elected government.While the facts the elections are visible to the lay person,the powers that either wittingly or ignorantly tried obscure events in their favour.
In Adamawa this scenario has been played out a number times and Donald  Trump probably is only copying from us.Yes,we had thugs  block our state for two months to the awe of all due to "executive powers" wielded by federal might.A few,nay many since the declaration of Independence no one would have thought of a mob  invading Congress,the citadal  American law-making and sacred institution in US governance. Yes and yet, It is in this same Adamawa that armed thugs once held the Adamawa State House of Assembly ransome for 52 days. This happened in full glare of the public. The Assembly was shut and the Speaker then was Rt Hon Ahmadu Umaru Fintiri. The rest is in the history books and Fintiri read History.
Back to America,  It is a rude shock that such action could be sanctioned by a sitting president.
It is very unfortunate that president Trump should embark on such a course that has a negative import on the image of his country.
When a thing like that  happened in Adamawa and an attempt was made to steal the people's mandate,deligence and matured poltical steps settled the issue with out resort to loss of temperance .
This should have been the watch-word in a country that claims to be the leading democracy that others should copy.
George Kushi is the Chief Press Secretary to the Deputy Governor of Adamawa State and writes in from Dougirei in Yola.
10:26
Adamawa Daily Reports
Email ThisBlogThis!Share to TwitterShare to Facebook