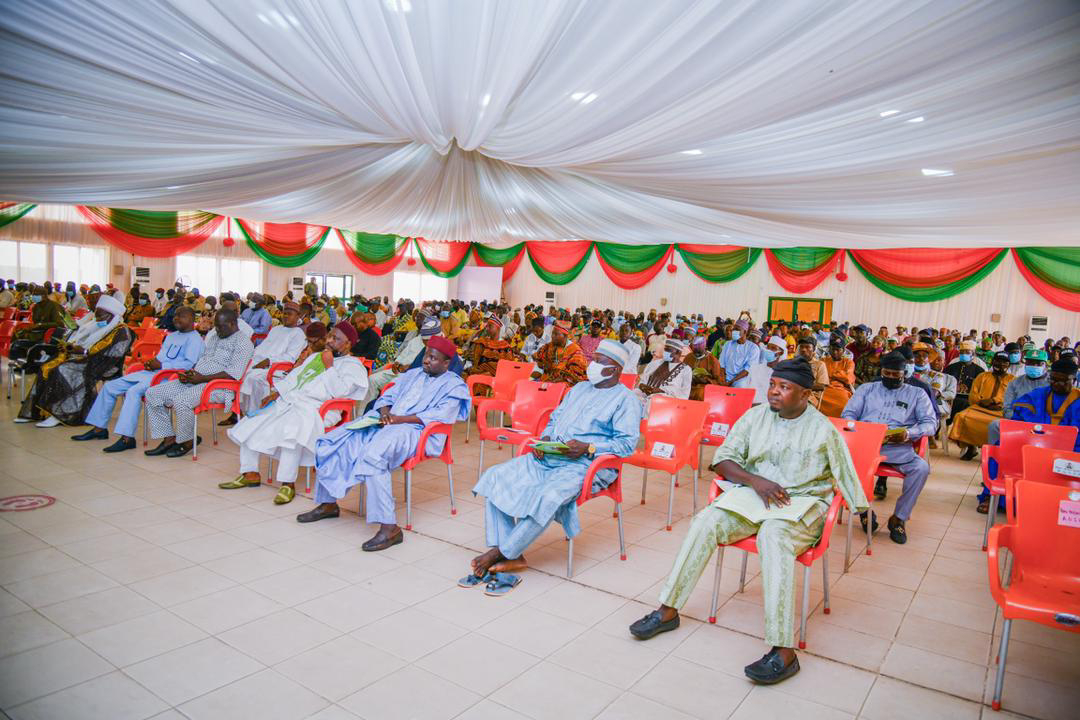 By Barnabas Augustine
1/6/2021
Adamawa State Governor, Rt. Hon. Ahmadu Umaru Fintiri has said that the areas which he sees needed to be enshrined in the constitution of Nigeria are local government autonomy, state police among others.
The Governor disclosed these, Tuesday while delivering a keynote address at the opening of 2-day  Public Hearings Organized by the House of Representatives’ Special Committee on Constitution Review for North East, Yola Centre that comprises Adamawa, Taraba and Gombe states at the Banquet Hall, Government House, Yola.
According to Governor Fintiri, after going through the document which recommended areas for public hearing, he opined that the must aspect that was not enshrined in the 1999 constitution as amended and has created lacuna are Gender Equity/increased participation of Women and Vulnerable Groups in Governance. 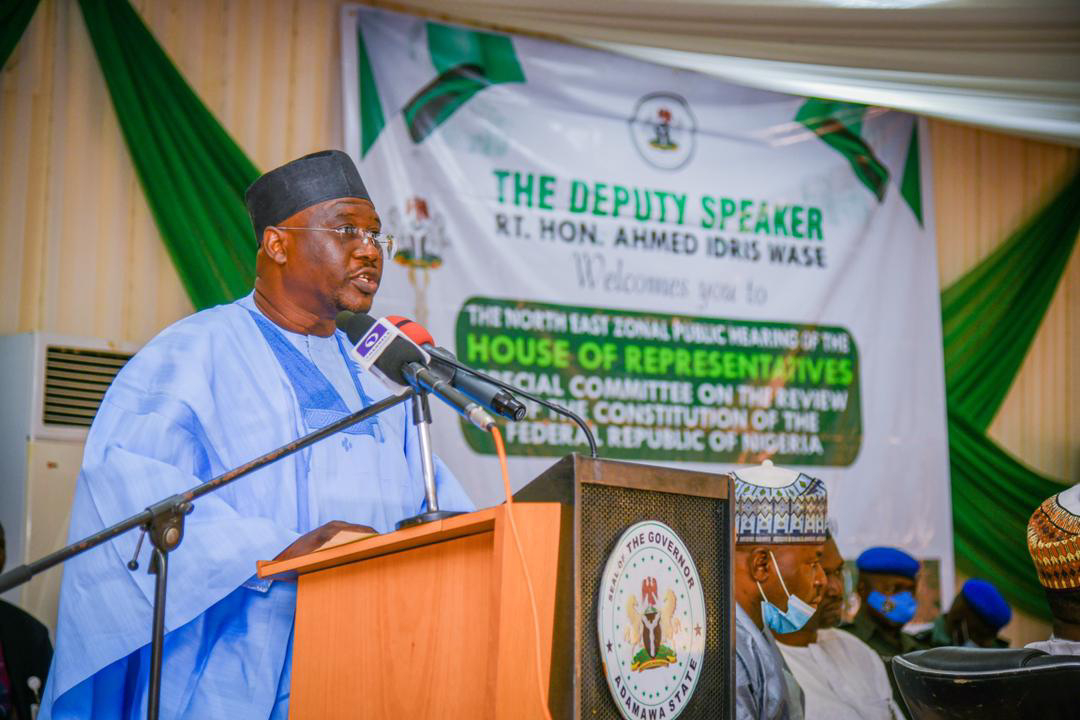 The Governor called for “Domestication of International and Regional Human Rights Instruments specifically enacted for the promotion and protection of Women’s Rights; such as: Convention on the Elimination of all forms of Discrimination Against Women (CEDAW), 1979, Universal Declaration on Human Rights 1948 and Beijing Declaration for Action 1995.
“The basis for the call for the domestication in Nigerian constitution is that these instruments are not enforceable in the 1999 Constitution”.
Speaking on the issue of Local Government, Governor Fintiri said that “It should be provided in the constitution that the Local Governments should be granted autonomy in terms of their administration.
“The tenure of office for all Local Governments should be uniform through out the federation and financial autonomy should be granted in the constitution”.
On Devolution of Power, Governor Fintiri explained that Items listed under it are items on the exclusive legislative list. He stressed that for effective management and handling of the items, they should be moved to the concurrent legislative list while listing the items to include “Quarantine (No. 54 in the Exclusive List), Drugs and Poisons (No. 21 in the Exclusive List) and Police (No. 45 in the Exclusive List) to give room for the creation of State Police for States that can afford it”.
Governor Fintiri said that the House of Representatives has constitutional right for effecting any reasonable amendment to any part or whole of the provisions of the constitution in a civilized clime. He said the powers is conferred on the legislature, by the provisions of Sections 4, 8, and 9 of the Constitution of the Federal Republic of Nigeria, 1999 (as amended).
He called on the people of the state to use the opportunity to table before the constitution review committee what they think will be of interest to the entire people of the country.
The chairman House of Representatives Special Committee on Constitution Review, North East Zonal Public Hearing Yola Centre, Hon. Monguno Mohammed Tahir said the public hearing will be conducted to go along way in assisting House of Representatives in coming out with a constitution that is going to be a replica of the wishes and aspiration of the people of Nigeria.
He explained that a constitution and any other law is not supposed to be static. He said a constitution is suppose to be an organic document that changes in accordance with the changing nature of the society.
Hon. Tahir maintained that due to the agitation on the 1999 constitution as amended, the House of Representatives decided to hear from the public before it amend the constitution.
He disclosed that areas that will be prioritised while hearing from the public for constitution amendment include: electoral matters, local government reform, judiciary, fundamental human rights, gender equality and increase participation of women and vulnerable groups in governance.
Others include immunity, indigeneship and residency, devolution of power, strengthening the independence of institutions, traditional institutions, states and local government creation and legislature and legislative bureaucracy.
07:40
Adamawa Daily Reports
News
Email ThisBlogThis!Share to TwitterShare to Facebook