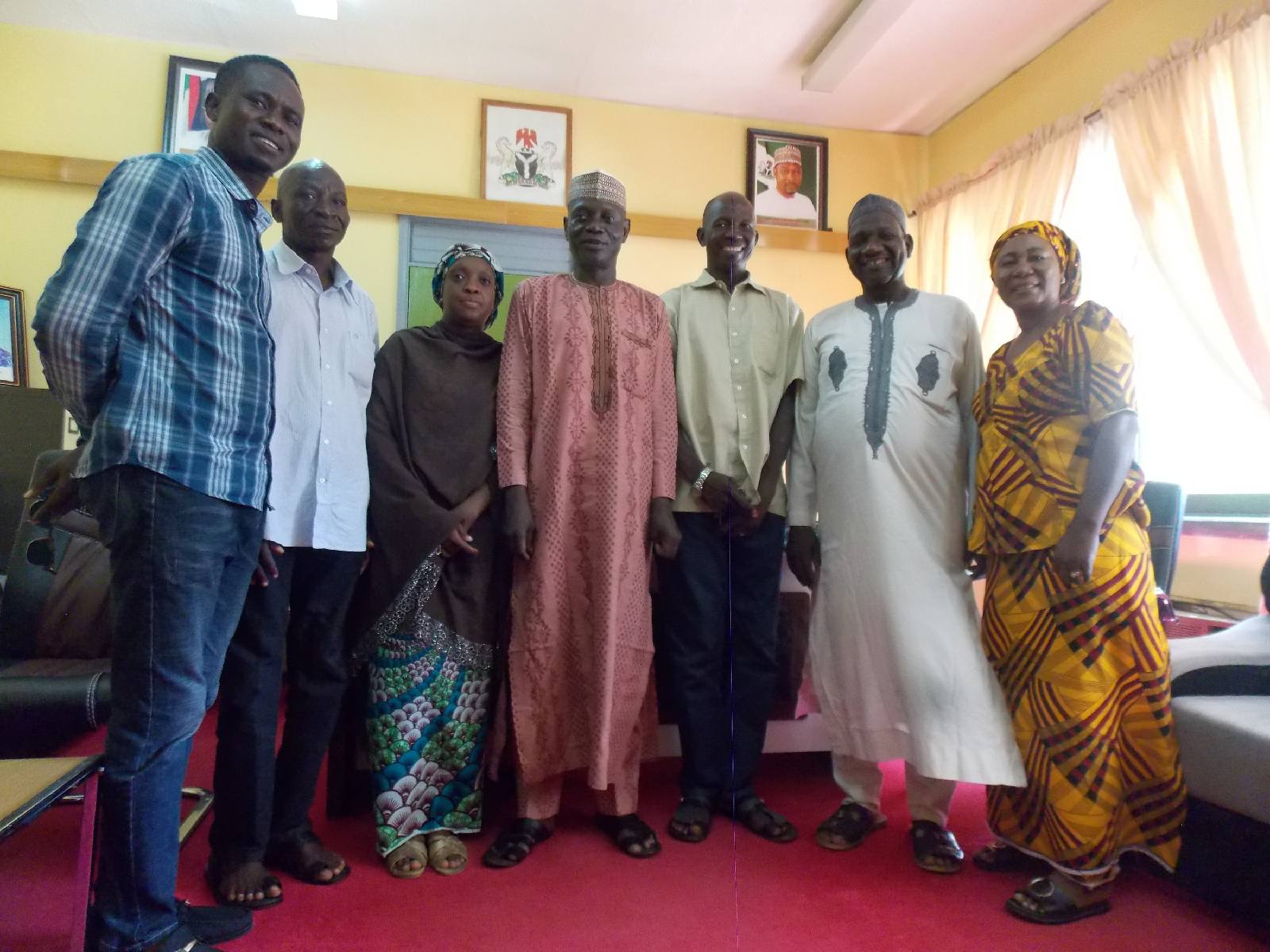 By: Innocent Zira
The NUJ Ministry of Information Chapel and some Management Staff of the Ministry today paid a courtesy visit on the former Director ( Film and censorship)  currently the Permanent Secretary, Ministry of Culture and Tourism Mr Wilson Biryani in his new office.
The visit was to congratulate him officially over his appointment as a Permanent Secretary by his Excellency, Governor Ahmadu Umaru Fintiri. 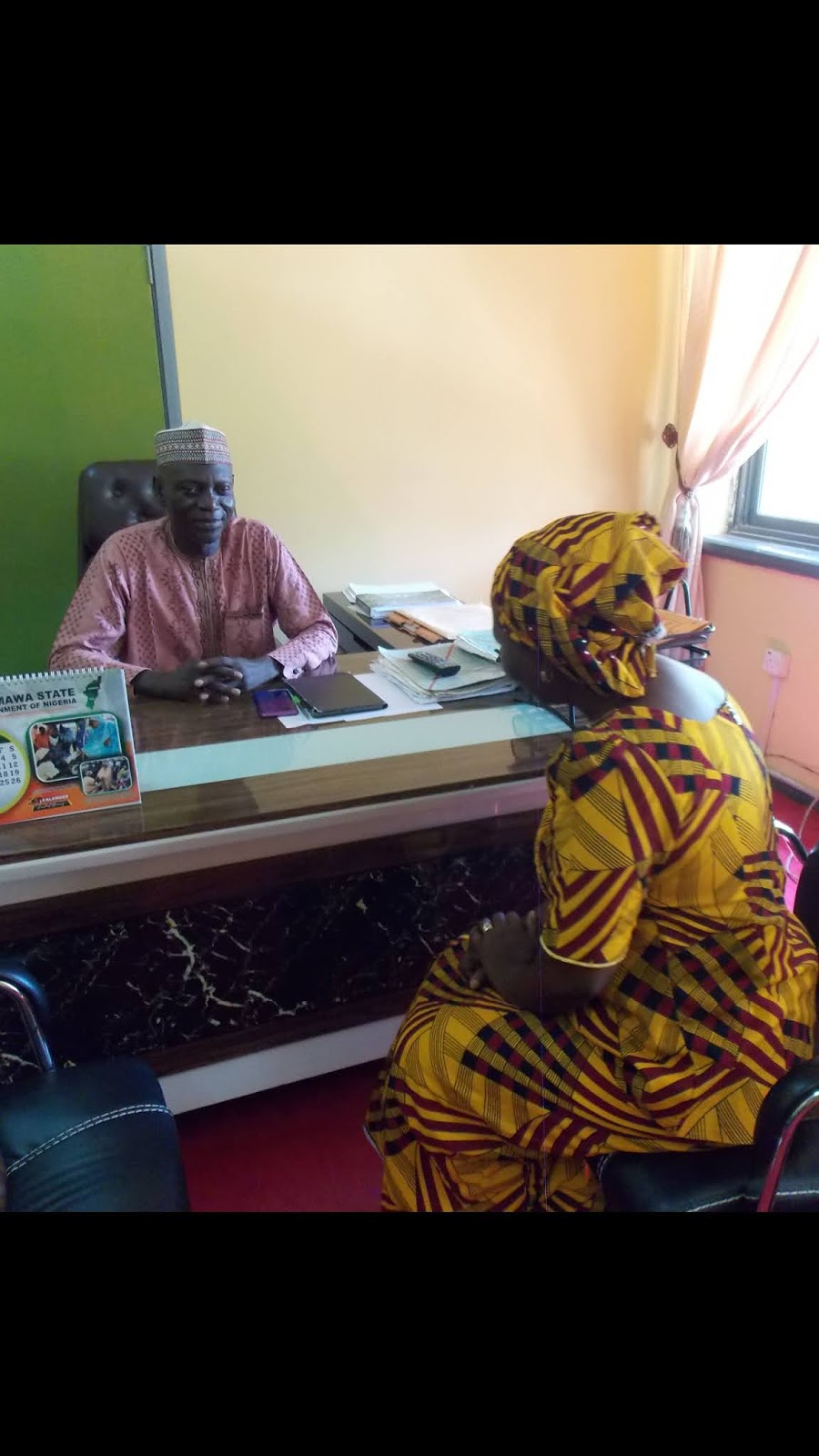 In her remarks, the Chairman of the Chapel, Mrs Joy Diamond Leka stated that Information Officers were overwhelmed with his appointment praying to God to give him wisdom and capacity in the course of exercising his lawful duties.
Mr Obidah Dzarma, Deputy Director (Information) added that the appointment of Mr Wilson Biryani as a Permanent Secretary is a big development and progress to the Ministry and he lastly wishes him a successful services in the new office.
In his response ealier, Mr Biryani thanked all Information Officers for their congratulatory messages and prayers, promised that his doors are always open to assist and partners with them.
18:32
Adamawa Daily Reports
News
Email ThisBlogThis!Share to TwitterShare to Facebook