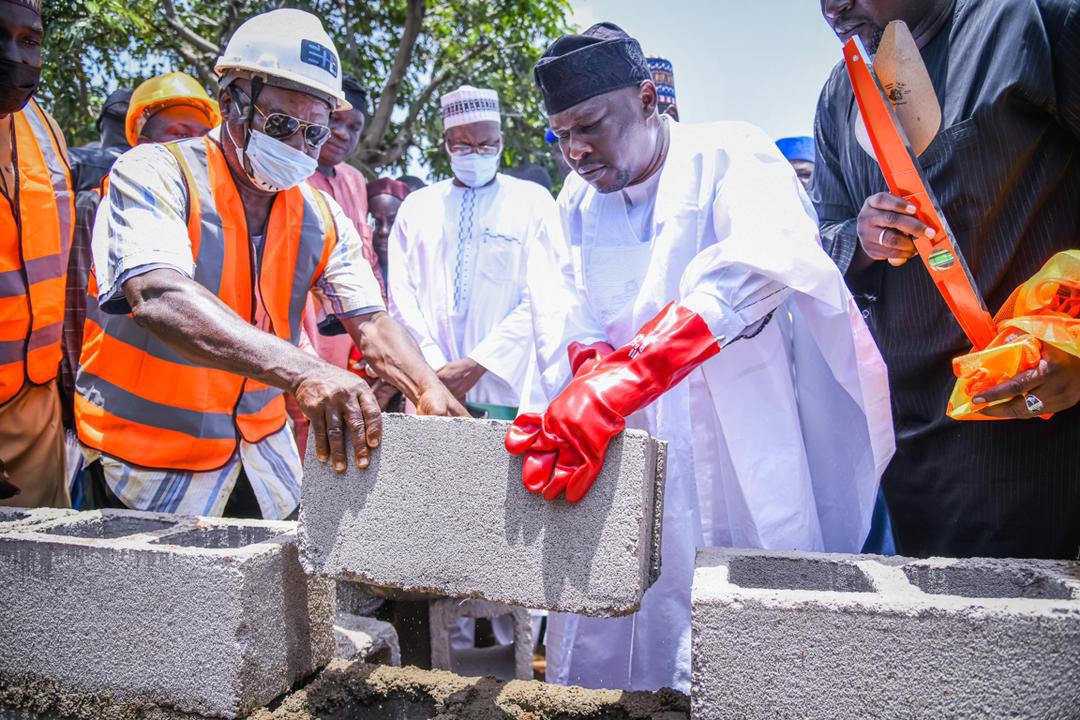 By Barnabas Augustine
31/8/2021
In continuation revitalization of health sector in Adamawa State, Governor Ahmadu Umaru Fintiri has flagged off construction and upgrade of Fufore Cottage Hospital.
Performing the ceremony at Fufore, Tuesday, Governor Fintiri said the construction and upgrade of new health facilities in the State is fulfilment of his campaign promise as contained in the 11 point agenda of his administration.
According to Governor Fintiri, the project will cost one hundred and eighty six million natural.
"After a careful procurement process, the contract is awarded to Messrs Yaks Solutions at the cost of ₦186,000,000, Governor Fintiri said.
"The project terms comprise of reconstruction and expansion of the male and female surgical wards, reconstruction and expansion of the male and female wards, redesign and construction of the hospital entrance, physician offices and consulting rooms and reconstruction of the hospital perimeter fence and gate.
"It is expected to be completed and commissioned in the next 6 months, everything being equal".
Governor Fintiri explained that his policy of prioritizing the health sector is a carefully crafted road map, aimed at providing unhindered access to quality healthcare services for the citizenry. Maintaining that It is also aimed at shrinking the needless gap between the State Primary Health Care Centers and the Secondary Health Facilities.
He said that the strategic objective of revitalization of the health sector is to lessen the burden of referrals on the people and decongest the Tertiary health facilities which are in short supply and most importantly distant and costly for the people.
In his remarks, the Commissioner of Health and Human Services, Professor Abdullahi Isah said the upgrade and construction of Fufore hospital will provide healthcare delivery to the masses while urging the people to give the contractor maximum support to complete the project within the timeframe.
Also making a remark,  the Executive Chairman Fufore local government council, Alhaji Musa Jauro Umaru Gurin lauded Governor Ahmadu Umaru Fintiri for touching the lives of the masses through his laudable projects. He appeal to Governor Fintiri to facilitate the reconstruction of Fufore Gurin road.
In their separaye goodwill message, the member representing Fufore Gurin in the State Assembly, Shuaibu Babas, Chief Adviser to the Governor, Joel Hammanjoda Madaki, and Alhaji Sahabo Aliyu Gurin commissioner one State Pension Board applauded Governor Umaru Fintiri for  his prompt response in salvaging the aged hospital.
District Head of Ribadu Alhaji Abubakar Aliyu Mahmud noted with appreciation how Governor Umaru Fintiri has been assisting traditional rulers in the state and thanked him for redeeming his pledge towards upgrading the Fufore cottage hospital.
18:04
Adamawa Daily Reports
news:
Email ThisBlogThis!Share to TwitterShare to Facebook