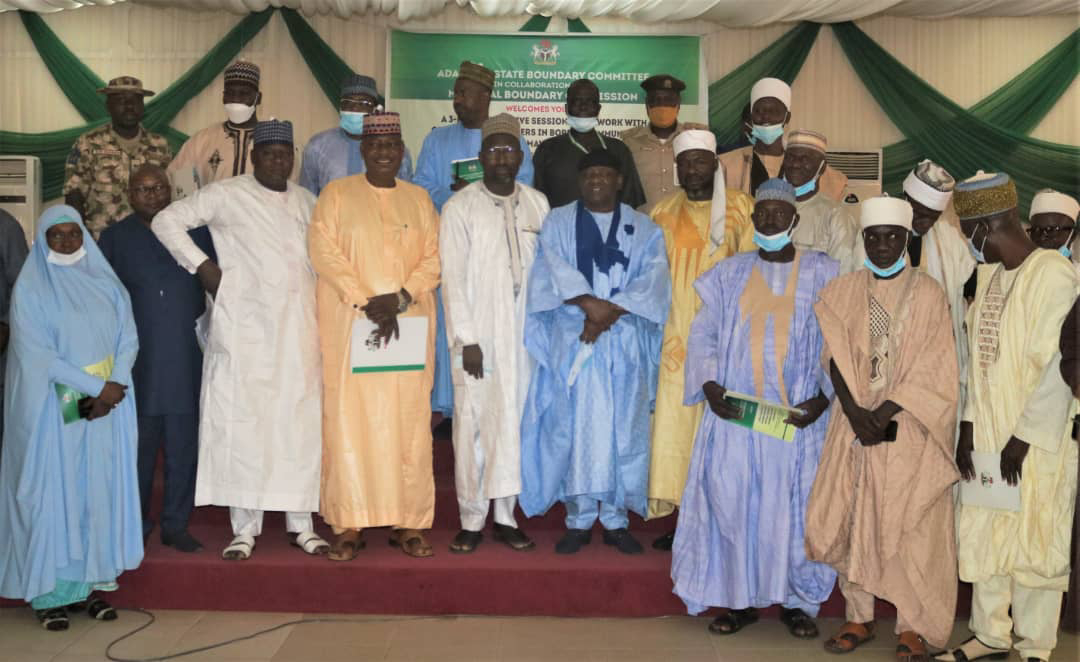 By: Yusuf Umar
Governor Ahmadu Umaru Fintiri gave the commendation at the opening of a three day interactive session and field work with critical stakeholders of border communities in the state held at the banquet Hall Government house Yola
The forum brought together critical stakeholders in boundary communities of Adamawa to deliberate on issues relating to state borders and the Country in general.
Speaking On behalf of Governor Ahmadu Umaru Fintiri, Deputy Governor Chief Crowther Seth recognizes the importance of the boundary commission enthrusted with the mandate of dealing with internal and external boundary issues.
He therefore, described the commission as a vital national institution contributing to peace, stability, economic growth, territorial integrity and foreign relations, adding that the meeting is crucial and timely in view of the prevailing trans-border security challenges, particularly border disputes.
While assuring of the support of the State Government for the commission to succeed, the governor advocated for all hands to be on deck as government is poised towards providing both human and infrastructural development for the citizenry.
The Director General, National Boundary Commission represented by Dr. Farouq Tarfa enumerated some successes and hurdles of the commission which has over the years engaged in protecting the sovereignty and integrity of Nigeria.
The Chairman, Adamawa state Boundary commission and vice Chairman state Boundary committee Aliyu Ahmed Hong had earlier stated that borders are sites of perpetual contact and integration hence the importance of security and indeed peace to development which he stressed cannot be over emphasized.
Speaking on behalf of the nine border Local Government Areas of Adamawa, the ALGON Chairman, Ho
n. Jingi Rufai noted that with the coming of Governor Ahmadu Umaru Fintiri and in collaboration with other stakeholders border issues have been surmounted describing the meeting as timely in view of governments desire to further strengthen the border areas.
12:04
Adamawa Daily Reports
news:
Email ThisBlogThis!Share to TwitterShare to Facebook