Home » News » NEWS: Stakeholders holds Group Discussion on how to Enhance Livelihood of Women and Girls.

NEWS: Stakeholders holds Group Discussion on how to Enhance Livelihood of Women and Girls. 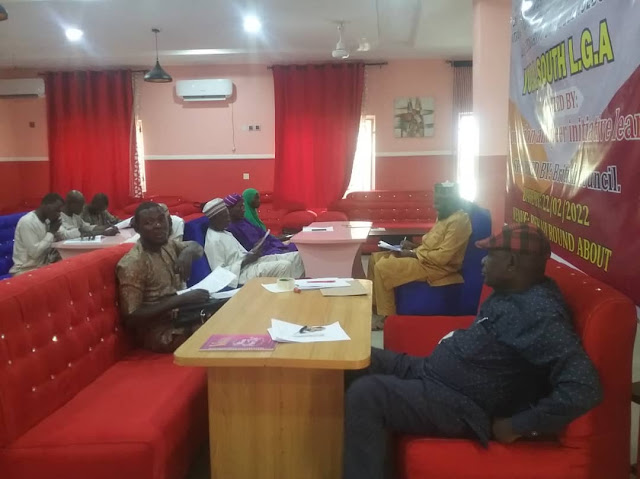 The Child Protection and  Peer Initiative in her quest to protect and  uplift the living standard of Women and Girls living in internally displaced IDPs camps has organised a group discussion meeting  with community/religious leaders, representatives of  internally displaced persons and technical staff from the Adamawa State Ministry of Women Affairs and Social Development,  Powered by the British Counci held at Valla Restaurant, Yola-north Local Government Area.

Declaring the  programme open, the Hon. Commissioner Ministry of Women Affairs and Social Development, represented by Director rehabilitation, Mr. Edward Yardzuwa, commended organisers’  of the programme for the timely intervention. He said  that women and Girls are the most vulnerable in Internally displace camps and had called on participants to feel freeto voice out  the challenges women and Girls encounter in their various camps.

Also, the Consultant who chaired the discussion, Imam Nasa’i Sani, encouraged the internally displaced persons IDPs to leave no stone unturned in regards to challenges faced by  women and Girls. Some of the major challenges enumerated by representatives of internally displaced camps includes; Lack of enough food to feed their families, widows finds it difficult to feed their children as well as lack of Shelter. They lamented that they live in an open space with temporary tents  and they  are exposed to cold/heat weather, mosquitor bites, which may affect their  condition of Health through contacting diseases such as Malaria.

Illiteracy has also played a major role in making some women /Girls bahave immorally and posesses some descrimination attitide. They also, lamented over deprivation from exercising their franchise.

They lack skills on how to venture into small businesses for self reliance.They suffer from  stigmatisation by members of community and they are being referred as Boko Haram and it affects their mental health.

Another problem is inadequate water supply and medication.