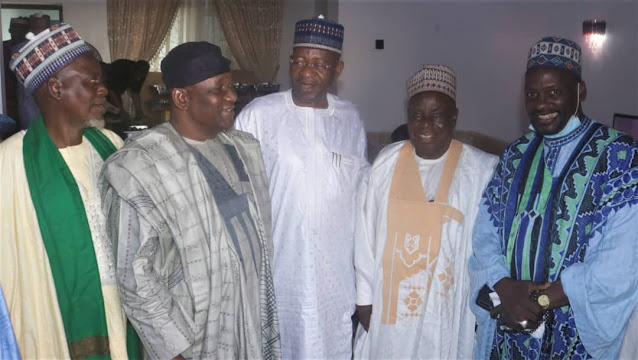 
The wedding between Us an Bell Tukur and Aisha Yahaya Njoboli was  held at Bekaji Mosque, Jimeta-Yola and was presided by the Chief Imam of Bekaji the Mosque, Mallam Abdullahi Isa. Usman isa son to the PDP stalw8art and  former Deputy Governor of Adamawa, Bello Tukur.

The Imam announced the dowry of One Hundred Thousand Naira (100,000), called on the couple to love and respect each other .While wishing the newly wedded couple Allah's blessing, he also advised them to always tolerate each other for peace in their marital home. 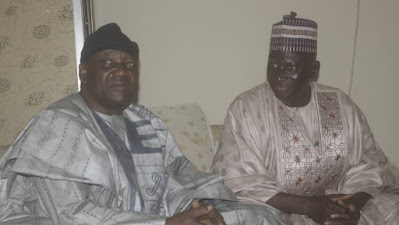 The number two citizen of Adamawa, Chief Crowthorne Seth urged them to build their home on the solid foundation of Islamic faith and not to allow any third party interference which is detrimental for a marital home. He emphasized that their wedding marks the new beginning in the lives of the couple. 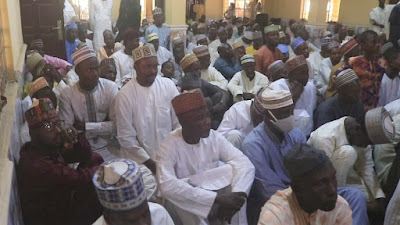 Accordingly, Mohammadu Gawi also married off his daughter Amina to Alhaji H Alkali with both receptions organized at the Gawi's residence in barracks road Jimeta-Yola.

It was a joyful moment to the family of mallam Gawi as his daughter and son welcomed their groom and bride on the same day.

The Deputy Governor Chief Crowther Seth congratulated the couple, encouraging them to be patient and remain faithful to one another.

Having prayed for fruitful and peaceful home, he also advised the newly wedded to hold unto each other in good or bad moment.
14:39
Adamawa Daily Reports
News
Email ThisBlogThis!Share to TwitterShare to Facebook