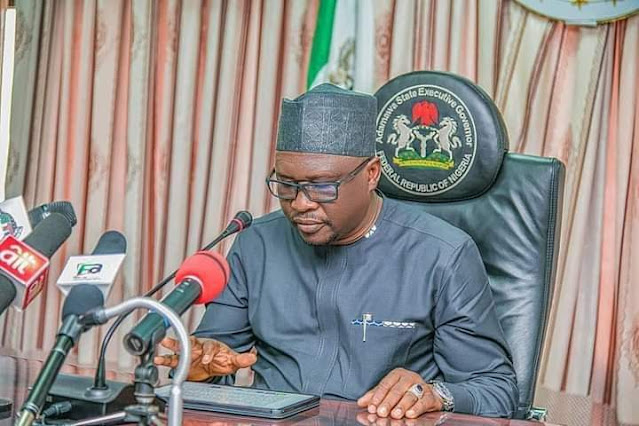 Briefing newsmen, Wednesday after the year 2022 fourth meeting of the Adamawa State Executive Council that was presided by Governor Ahmadu Umaru Fintiri at the Councils Chamber, Government House Yola, the Commissioner of Information and Strategy, Dr Umar Garba Pella said that the Council has approved the procurement of Adamawa State Geographic Information System (GIS) for the State Board of Internal Revenue Service, renovation of ADSUBDA GIS unit and AGIS facilities to accommodate the AGIS license.

According to Pella these whole activities will cost ninety million, seven hundred and ninety five thousand, two hundred and eighty naira, thirty one Kobo (N90,795,208.31kb), adding that this is part of the present Government reform programme as far as land administration is concern and effort to link land administration with revenue drive which was recommended by the World Bank as the condition to play a key role in the sister programme.

Dr Pella disclosed that the Adamawa State Executive Council has also approved fund required for the continuation of phase two of the property enumeration in twelve Local Government Areas. He said that the amount approved was sixty nine million, five hundred and thirty thousand naira (N69,530,000).

Dr Garba explained that water has been a perennial problem in Mubi because of its geo-physical placement. He said the geo-physic in the area clearly indicate that its largest part is not friendly for accessing portable water which was why the Sahuda Campus has to access its water source from the River Yezaro and piped to reached the Campus to enable students have portable water.

He disclosed that the contract was awarded at the cost of sixty nine million, eight hundred and seventy thousand, four hundred and fifty naira (N69,870,450) to Hill Water Resource Nigeria Limited.

The Commissioner, Ministry of Information and Strategy, Dr Umar Garba Pella said that in the Wednesday's meeting, the State Executive Council also approved the procurement of seven numbers, Toyota Camry 2015 model for the seven new judges in Adamawa State.

He stated that the Judges include, four High Court Judges, two Khadis of Sharia Court of Appeal and one Judge of the Customary Court of Appeal. Adding that one of the condition for the appointment of the Judges is to provide them with vehicle to aid their mobility as presented by National Judicial Council.

According to Dr Pella, the EXCO has approved the contract for the procurement of the seven Toyota Camry vehicles at the cost of fifty nine million, nine hundred and ninety seven thousand naira (N59,997,000) to Naiwa Global Work.