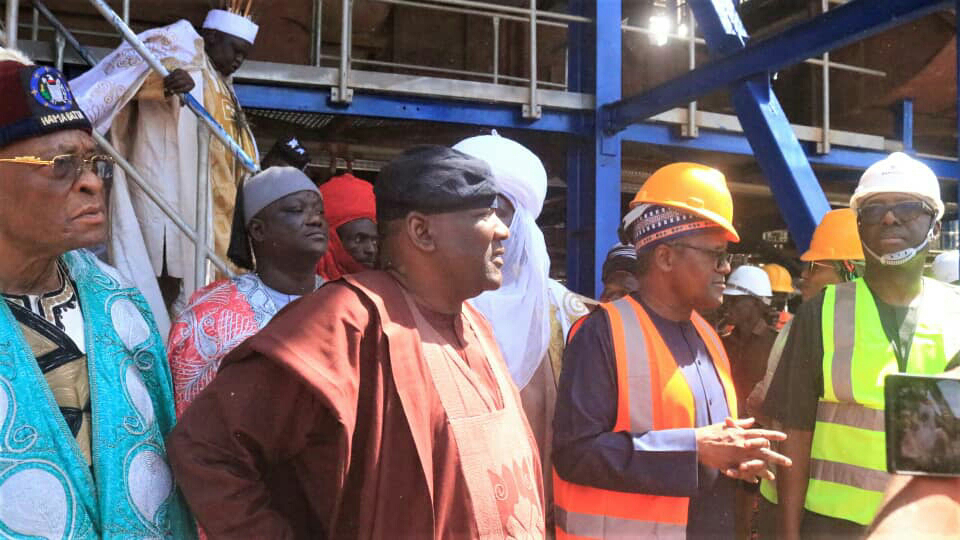 By: Yusuf Umar.
Governor Ahmadu Umaru Fintiri has reassured his continues support to Dagote Sugar Numan as the company contributes to the economy of the State and Nigeria in general.
The Governor gave the reassurance at the Crop season flag off and the outgrowers performance awards of Dangote Sugar company.
Speaking through his Deputy Chief Crowther Seth, Governor Ahmadu Umaru Fintiri heaped encormiums on Dangote Sugar for contributing to the growth of the Sugar Industry and Economy, promising to provide enabling and secured environment for industries among other businesses to thrive.
He described Dangote as a man of vision and a major contributor to Nigeria's economy whose impact has been felt in the host community, Numan federation, Adamawa and beyond, emphasizing that he has created job opportunities to the teaming youths.
While congratulating the six best outgrower farmers, governor Fintiri stressed that their successes were testaments of their hardwork,  dedication and commitment, as well, a step towards a greater achievement in their lives.
The President and Chief Executive Officer, Dangote Group Aliko Dangote said his vision is to change Nigeria trajectory to be self sufficient in sugar industry, thereby, ensuring job creation, and contributing to the gross domestic product of the country.
Dangote explained that the company is making massive investment in Adamawa through the expansion of savanna sugar company, noting that the factory has been upgraded and increased its production from 3,000 matric tonnes of crushing per day to 6,000 a day.
According to him, further upgrade is still ongoing, targeting 15,000 tonnes a day.
Earlier, the Minister of trade and investment Otumba Niyi Adebayo commended Dangote, describing him as a leader in production of sugar in Nigeria.
The Minister noted that his vision and mission is in line with the diversification of revenue generation agenda by the Federal Government from oil to sugar and other industries.
Governor Ahmadu Umaru Fintiri and all the five paramount rulers from the Numan federation were earlier conducted round the Dangote sugar factory to see various stages of production.
The event was climaxed by the presentation of awards to the six best performing outgrower farmers, among other various presentations to entertain their guests.
04:10
Adamawa Daily Reports
News
Email ThisBlogThis!Share to TwitterShare to Facebook