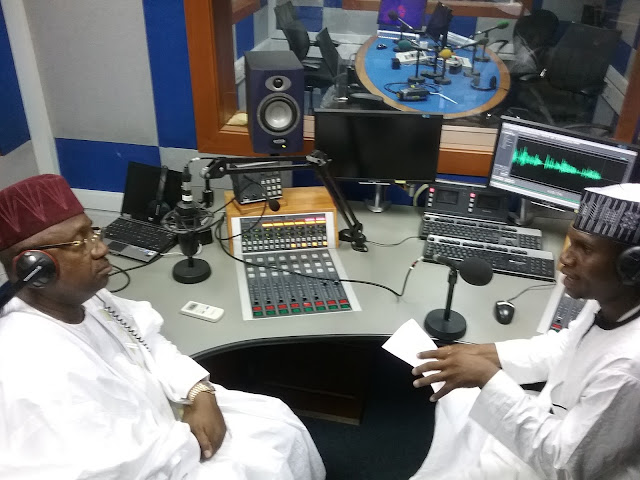 The Adamawa State Governor His Excellency Senator Mohammed Umar Jibrilla was at the BBC Studio in Abuja today where he responded to questions centered on the security situation in the state and mechanisms put in place to alleviate the suffering of the Internally Displaced Persons’ as well as increased vigilance so as to forestall further attacks.

Governor Jibrilla also gave insight on his developmental plans in the state and the strategic approach of delivering the dividends of democracy to the people of Adamawa State.
Details later…
09:05
Adamawa Daily Reports
Breaking News
Email ThisBlogThis!Share to TwitterShare to Facebook