Home » Editorial » EDITORIAL: What is wrong with Adamawa Ruling Elites?

EDITORIAL: What is wrong with Adamawa Ruling Elites? 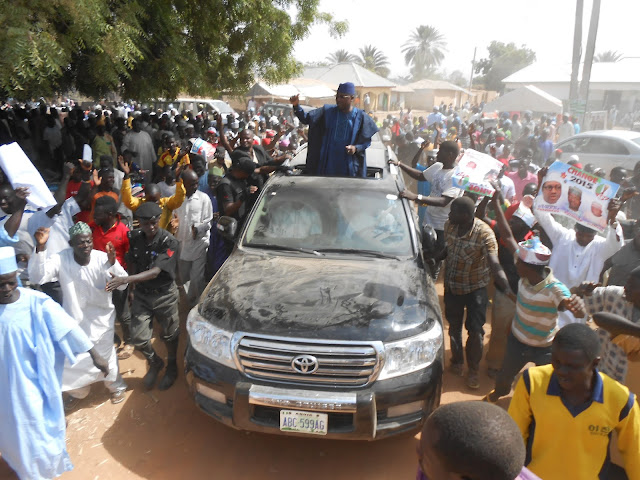 Something is definitely wrong with the Ruling Elites in Adamawa State. Otherwise how can one explain the abject poverty and despondency in most communities in the State with little or no Elite support to the Communities while the same Elites spend Millions of Naira in Legal Fess and Media Propaganda to antagonize virtually every elected Government in the State? This is really worrisome. If even a small percentage of the amounts spent by our Ruling Elite in fighting Media Wars, Legal Wars and Political Wars like impeachments were spent on our communities, life would not as bad as it is today for most our citizens especially in our Rural Areas and Urban slums.

Governor Boni Haruna had a running battle with the Elites when he held sway as the Governor of Adamawa State. Millions of Naira was spent in Legal Fees, Media War and Several impeachment Threats against Governor Boni Haruna. In the end, he barely survived all the sinister plots and conspiracies. However, in the process, he lost a lot of steam and in some instances even the focus and direction of governance. Meanwhile, the helpless and often hapless citizens became the losers. His Government could not effectively concentrate on its core mandate and as such ended up really not doing much to uplift the State to the level expected.

The same Elite that hounded Governor Boni Haruna ganged up to launch Admiral Murtala Nyako as the Governor of the State. Shortly after Admiral Nyako assumed power, they again teamed up against Nyako and almost rendered the State ungovernable. Millions of Naira was again spent in ceaseless Media Wars, spirited Legal Battles and an impeachment process that surpassed all in terms of Money spent to achieve the goal. In the end, the state witnessed the greatest instability in the history of any political unit in Nigeria with 7 Governors presiding over the affairs of the State in 8 years. It left the State heavily indebted, unstable and bruised to the point of being prostate. In the process no one gave a thought to the plight of the citizens.
Now it appears the Adamawa Elites are back to the drawing Board, formulating what could be a new vista of war with the nascent Government of Senator Muhammad Umar Jibrilla. Already some cases are in Court seeking to nullify his election through the back door since his fellow contestants in the last election did not go to the tribunal to challenge the validity of his election. So much money is already being spent in the vain process of truncating the regime through a legal process instituted by people who have no stake in such matters except as glorified spoilers.

We have also started seeing the Media war in the sponsorship of a false news reports in both the Social Media and Conventional Media. One of such ungodly reports claimed that the People of Mubi the Governor's own hometown had barred him from visiting home. They did take into cognizance that His Excellency just approved the construction and refurbishment of 14 Roads in Mubi in order to reposition Mubi area back to its economic relevance in the State. Mubi has always been the commercial nerve centre of Adamawa State and the Governor as a private sector person with thriving businesses in Mubi knows that more than anyone else. He has also ordered the completion of an ATV Boaster Station in Mubi and visited the Water Treatment Plant in the Town with a view to putting it back to shape among many initiatives for the Town.

In addition Governor Muhammad Umar Jibrilla has ordered the upgrading of the General Hospital Mubi, ensured the return of Academic Activities at both the State University and College of Health Technology sacked and destroyed by the Insurgents and supported so many people in Mubi in various ways. It is therefore unthinkable that the peaceful people of Mubi will deny him entry into the town. For us in Mubi, we are indeed grateful to God Almighty for choosing our son to head the Government of Adamawa State, and we will leave no stone unturned to fully support him to succeed. Everybody knows that Governor Muhammad Umar Jibrilla popularly known as Bindow is the people’s choice for Governor of Adamawa State and that the people of Mubi will continue to accord him all the support needed as both their son and the Governor of our dear state of Adamawa.

Meanwhile, as the imaginary and unwarranted battle is being waged by the Adamawa Ruling Elite, the abject poverty and despondency continues to bite harder on our communities with little or no effort from wealthy and well-to-do Elites of the state doing anything to ameliorate the situation. It took someone like Owelle Rochas Okorocha of Imo State to realize that we need schools in Adamawa State that will carter for the neglected vulnerable children of poor peasants and traumatized Internally Displaced Persons. It’s indeed a shame on us all; especially given the colossal amount we waste fighting our Governments!