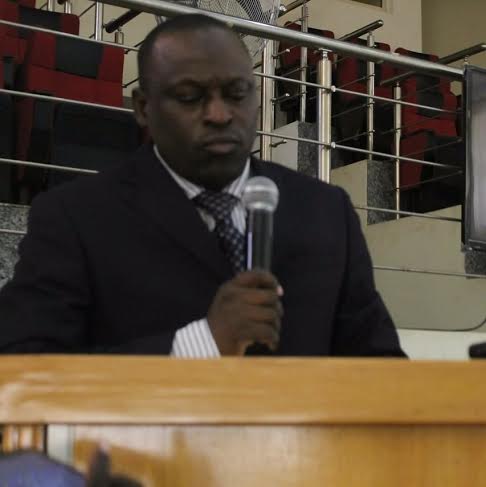 In a special press conference organised by the Adamawa State Ministry of Finance and Budget, the Honourable Commissioner of Finance and Budget, Alhaji Mamood Sali Yunusa assured the state civil servants payment of their Leave Transport Grant (LTG). During the Press Conference, the Honourable Commissioner of Finance and Budget informed the state that the present Administration of Senator Mohammed Umaru Jibril came on board on the 29th May, 2015 and inherited many of problems. Apart from the insurgency problem, the Governor inherited an accumulated unpaid salaries and allowances from past regimes.

According to the Hon Commissioner, the Government also inherited unpaid gratuity of state civil servants of over nine billion naira (N9b) and over five billion, five hundred and fourty five million, four hundred and fifty four thousand naira only (N5,545,454,000.00) for Local Government workers. When the bailout scheme came on, the state government applied for it in line with the Central Bank of Nigeria (CBN) guidelines. At the initial stage of the application, the arrears of State and Local Government salaries and allowances came to a total sum of eighteen billion naira only (N18, 000,000,000.00).

The Apex Bank made an offer of two billion, three hundred and seventy eight million, three hundred and sixty thousand naira only (N2, 378,360,000.00). This offer was meant for only one component, which is the arrears of salary of both the State and Local Governments Civil Servants salaries. His Excellency, Senator Mohammed Umaru Jibrilla Bindow in his commitment to settling all the state and Local Government outstanding salaries, LTG and allowances, directed the Ministry of Finance and Accountant General's Office to make fresh request of seven billion, two hundred million naira (N7.2 b) comprising some of the  components left out by the CBN.

With the approval of the N7.2b, the total bailout fund offered to the state from the CBN through Zenith Bank PLC stood at nine billion, five hundred and seventy eight million, three hundred and sixty thousand naira only (N9, 578,360,000.00). The Ministry of Finance and Budget presented two Executive Memoranda to the Council in session.  The Executive Council approved the request and it was sent to the House of Assembly which graciously approved it.

According to the Commissioner, the Governor had already directed the Finance team to work out modalities for payment of all the outstanding salaries, liabilities, pension, leave transport grant (LTG) for 2013, 2014, 2015 and other staff claims for both State, Local Governments, the Judiciary and House of Assembly. Permanent Secretaries entitlements such as the furniture allowances which for long have ignored were also included in the bail-out funds.

Hon. Mahmood Sali Yunusa said the bailout offered by the Federal Government through the CBN and Commercial Banks are not free gifts. They are loans to be repaid within a tenor of twenty years at 9% interest rate per annum. Already Government has started the repayment of two billion, three hundred and seventy eight million, three hundred and sixty thousan d nara only (N2,378,360,000.00).