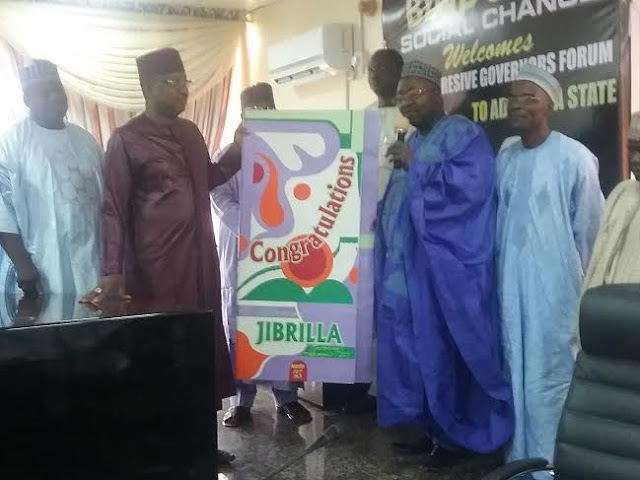 Governor Muhammadu Umar Jibrilla has called on the people of the country to tolerate one another for the progress and development of the nation.
The Governor stated this when members of  Miyangu Old Students Association (MIOSA) set 83 ,Jos  Plateau state who paid him a courtesy visit at the Government House Yola. 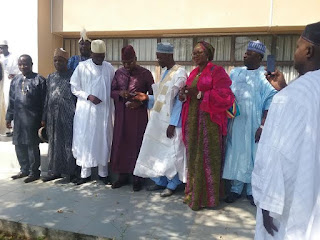 Governor Muhammadu Umar Jibrilla described the people of Plateau and Adamawa states as brothers and sisters who have unique cultural identity in common.
The governor said his Administration is determined to transform the state by bringing changes that will affect people positively and  thanked  the members of  Miyangu  old  Students  Association  for their visit  and assured that  he will uplift the Alma-mater of the Miyangu  Old Students  Association  to the greater height.
Earlier in his speech, The National President of the Association Mr. Manase Atoshe had informed Governor, that they were at Government House Yola to congratulate him election victory as Executive Governor of Adamawa state;
and enumerated some his leadership qualities when he was a student at Miyangu Secondary School. 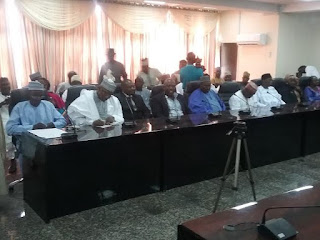 Mr. Manase said “we proud to see one of our member is now a Governor and we all know he will do well” and invite him for the next general meeting of the association scheduled November, 2015.
07:07
Adamawa Daily Reports
News
Email ThisBlogThis!Share to TwitterShare to Facebook